The Machine That Would Rewild Humanity

On a boat on the way to the Galapagos Islands to visit the world’s oldest tortoise, I got a call that the Central Park Human Reintroduction Center had been bombed.

I’d read somewhere that the point of travel was to see the thing yourself. To expose yourself to new points of view and to have new experiences. Before the call I’d spent two point seven seconds regarding the sweep of the Himalayas at the roof of the world and take a backup of my memory of the entire panorama. In Pattaya, I lounged at the beach and watched the aquamarine water lap the sand.

Ten years I’d planned this trip. A time to let my thoughts settle before the big push on the Central Park project.

A mechanical butterfly perched on my hand with the message. To deliver it, the butterfly had wafted its way over almost two thousand kilometers of ocean boundaries, negotiated with air currents for overflight permissions, and applied for fifty different visas until it tracked my boat down.

The Institute had paid a small fortune to recall me from vacation. END_OF_DOCUMENT_TOKEN_TO_BE_REPLACED 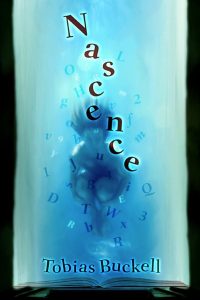 The man opened the pack all the way to reveal a small arsenal of guns, grenades, explosives, and — oddly — knives. Very large knives. He looked up at Stanuel. “I am the attack. I’ve been asked to shut Pan down.”

“But you’re not a programmer…”

“I can do all things through explosives, who destroy for me.” The man began moving the contents of the pack inside the pockets and straps of the trenchcoat, clipped more to his belt and thigh, as well as to holsters under each arm, and then added pieces to his ankles.

He was now a walking arsenal.

But only half the pack had been emptied. The mysterious mercenary tossed it at Stanuel. “Besides, you’re going to help.”

Roger sighed, shifted his position on the stump, and then turned back away from Marcus.

“What I’m trying to do, Marcus, is talk that tree into moving.”

Marcus didn’t say anything. He stood behind someone he thought he once knew and tried to figure what to say next. Not a man normally tied for words, Marcus found himself in the very surreal position of being speechless.

“It’s fascinating,” Jo said, now that she had what she wanted out of me, “that the inhabitants here are the only race we know of that has their mythology dead on.”

“Huh?” I looked down at the table. I needed more beer.

“They believe they live on the corpse of a giant.”

“Maybe it’s because they do,” I said, sneaking another look back down the inner thigh that dominated the western hemisphere.