The man opened the pack all the way to reveal a small arsenal of guns, grenades, explosives, and — oddly — knives. Very large knives. He looked up at Stanuel. “I am the attack. I’ve been asked to shut Pan down.”

“But you’re not a programmer…”

“I can do all things through explosives, who destroy for me.” The man began moving the contents of the pack inside the pockets and straps of the trenchcoat, clipped more to his belt and thigh, as well as to holsters under each arm, and then added pieces to his ankles.

He was now a walking arsenal.

But only half the pack had been emptied. The mysterious mercenary tossed it at Stanuel. “Besides, you’re going to help.” 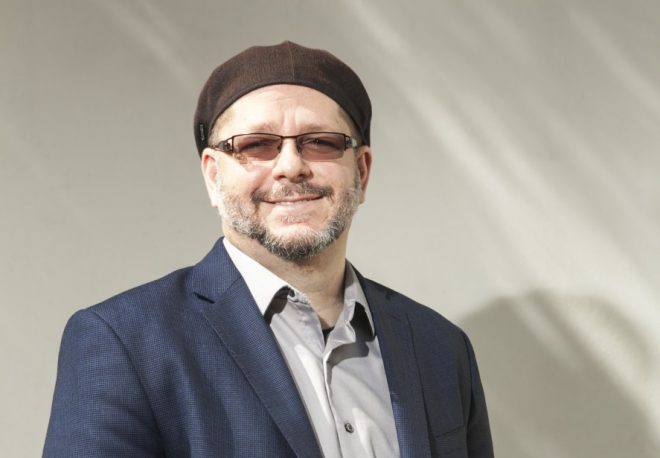 Caribbean born Tobias S. Buckell is a New York Times Bestselling author. His novels and over 70 stories have been translated into 19 different languages.