S.B. Divya is a lover of science, math, fiction, and the Oxford comma. She has been part of the Escape Pod crew in various capacities since 2015. Divya is the Hugo and Nebula nominated author of Machinehood, Runtime, and the short story collection, Contingency Plans For the Apocalypse and Other Situations.

She holds degrees in Computational Neuroscience and Signal Processing, and she worked for twenty years as an electrical engineer before becoming an author. You can find out more at www.eff-words.com or on Twitter @divyastweets.

Mur Lafferty is an author and pioneer podcaster who has been involved with Escape Artists since nearly the beginning (after Serah Eley Fed-Ex’d brownies to her as a bribe to spread the word about this new podcast magazine format). She was one of the founding editors of Pseudopod, editor of Escape Pod for a time, and then founder and editor of Mothership Zeta, the quarterly ezine for Escape Artists.

She is currently the co-host (with Matt Wallace) of Ditch Diggers, a Hugo Award winner for Best Fancast, and the author of the science fiction murder mystery Six Wakes, out from Orbit.

Benjamin C. Kinney is an itinerant neuroscientist with a frozen New England heart, though nowadays he lives in St. Louis with three cats and his Martian wife. He no longer creates cyborg monkeys, after too many nights delivering them Prozac. His short stories have appeared in Strange Horizons, Analog Science Fiction and Fact, Fantasy Magazine, and more. You can find him online at benjaminckinney.com or follow him on twitter @BenCKinney.

He swears this is all true, even the monkeys and the Martians.

Premee Mohamed is an Indo-Caribbean scientist and speculative fiction author based in Edmonton, Alberta. She is the author of novels ‘Beneath the Rising’ (finalist for Crawford Award, Aurora Award, British Fantasy Award, and Locus Award) and ‘A Broken Darkness,’ and novellas ‘These Lifeless Things,’ ‘And What Can We Offer You Tonight,’ and ‘The Annual Migration of Clouds.’ Her next novel, ‘The Void Ascendant,’ is the final book in the Beneath the Rising trilogy and is due out in March 2022.

Her short fiction has appeared in many venues and she can be found on Twitter at @premeesaurus and on her website at www.premeemohamed.com.

Tina Connolly’s books include the Ironskin and Seriously Wicked series, and the collection On the Eyeball Floor. She has been a finalist for the Hugo, Nebula, and World Fantasy awards. She co-hosts Escape Pod, runs the Toasted Cake podcast, and is at tinaconnolly.com. 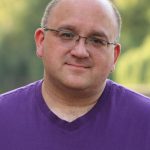 Alasdair Stuart is a professional enthusiast, pop culture analyst, and writer. He is a Hugo Finalist for Best Fan Writer, and a British Fantasy Society Best Non-fiction finalist for his weekly pop culture newsletter The Full Lid.

His nonfiction can be found at numerous genre and pop culture venues, including regular columns at the Hugo Award-winning Ditch Diggers and Fox Spirit Books. His game writing includes ENie-nominated work on the Doctor Who RPG and After The War from Genesis of Legend.

He co-owns the Escape Artists Podcast Network and hosts their horror podcast, PseudoPod, along with the Hugo Award nominated science fiction podcast, Escape Pod. He is a frequent guest and presenter on podcasts, with voice acting credits including the 2019 AudioVerse Award-winning The Magnus Archives.

His second collection of expanded essays from PseudoPod, The PseudoPod Tapes Volume 2: Approach with Caution, is available from Fox Spirit Books.

A frequent awards judge including the Arthur C. Clarke, The Kitschies, Brave New Words and the BFS, he blogs at www.alasdairstuart.com and is on Twitter @AlasdairStuart.

Adam Pracht lives in Kansas, but asks that you not hold that against him. He was the 2002 college recipient of the Robert F. Kennedy award for writing about the disadvantaged and has published a disappointingly slim volume of short stories called “Frame Story: Seven Stories of Sci-Fi & Fantasy, Horror & Humor” which is available from Amazon as an e-Book or in paperback.

He’s been working on his second volume – “Schrödinger’s Zombie: Seven Weird and Wonderful Tales of the Undead” – since 2012 and successfully finished the first story. He hopes to complete it before he’s cremated and takes up permanent residence in an urn.

Summer Brooks is a story addict who watches way too much television. She enjoys putting her encyclopedic knowledge to the test during discussions and interviews about scifi, horror and comics, and does so as the longtime host and producer of Slice of SciFi, and as co-host of The Babylon Podcast.

Summer also does voiceovers & narrations for Tales to Terrify, StarShipSofa and Escape Pod, among others, and is an avid reader and writer of science fiction, fantasy and thrillers, with a handful of publishing credits to her name. Next on her agenda is writing an urban fantasy tale, and a monster movie creature feature or two.

Kevin Wabaunsee is speculative fiction writer and a former newspaper reporter on the health and medical beat. He is currently an editor and communications director at a university medical school, and is the managing editor for Science Fiction and Fantasy Writers of America (SFWA). He is a Prairie Band Potawatomi.

Phoebe Barton is a queer trans science fiction writer. Her short fiction has appeared in venues such as Analog, On Spec, and multiple anthologies. When not writing she focuses on her obsession with rail-based public transportation, occasional reviews of forgotten short speculative fiction works, and thriving in an indifferent cosmos.

She lives with a robot in the sky above Toronto and can be found at www.phoebebartonsf.com or on Twitter at @aphoebebarton.

J.M. Coster (Jen) is an erstwhile MD turned speculative fiction writer and editor. She co-produces the game dev comedy podcast Coffee with Butterscotch and co-hosts the medicine in movies podcast Docs Watch. Currently, Jen lives in St. Louis, MO with her robomancer husband and recalcitrant cats. She likes creepy fairy tales, making robots do her work, and thinks ghost stories and food stories are not so dissimilar. She occasionally tweets at @jcalyst.

Jay Bhat is a speculative fiction writer who lives in a quiet, green town with her spouse (who is often forced to read her first drafts. He is learning to say no.) She would love to have a feline familiar if she wasn’t so terribly allergic to them.

Meanwhile, she is rooting for small dragons in spaceships. Someday. She can be found at www.jaybhat.net or on Twitter @_jaybhat.

Langley Hyde’s short stories have appeared in If This Goes On, Unidentified Funny Objects (vol. 6 &7), Podcastle, Terraform, and more. Her debut novel, Highfell Grimoires, was named a Best Book of 2014 in SF/Fantasy/Horror by Publishers Weekly.

Currently, Langley Hyde lives in the Pacific Northwest along with her partners and her two children.

Matthew Olivas is a Hispanic Science Fiction and Fantasy writer and member of the 2021 Clarion class who watches movies more than he reads books, but don’t worry he’s working on it. While currently only published in small literary magazines, he currently devotes his free time into completing his first novel.

Matt loves horror, creatures, monsters and anything Other. And probably spends too much time on Twitter talking about Transformers. #GhostClass

Marcus Tsong is a longtime Dungeon Master and faithful servant of the Fantasy and Horror Genre Gods. He has lived in Seattle, Boise, San Francisco, Madison, Portland OR, Shanghai, Brooklyn, and is aware this sounds like a Huey Lewis song. Currently he is working on a doorstop sized fantasy novel, and a collection of weird fiction.
He also moderates a novel writing workshop for the Brooklyn Speculative Fiction Writers Meetup group, and his story “Knowing You, Knowing Me” is available in Season One of BSFW’s podcast, the Kaleidocast.

Wil Ralston is a voracious reader with a book a week goal, and co-host of the Just Keep Writing Podcast. When he’s not immersed in fiction, he works as a professional hair and makeup artist splitting time between NYC and LA. You can find him on instagram @wilsartrules and twitter @wil_ralston.

Sidd Krishnan is a computer scientist specializing in AI and data science. He grew up on a steady diet of Asimov, Herbert, Clarke – typically yellowing paperbacks that he would get access to at his local library in Madras, India. Presently, in an effort to broaden public engagement with his academic research, he strives to use speculative fiction as an analytical tool to investigate the intersection of futurism and recent advances in artificial intelligence.

Bria Strothers is an educator, amateur DJ, orator, and sonic storyteller based in the Bronx, NY. Her current work involves blending speculative prose with storytelling soundscapes along with developing a Black mythological webcomic series. She holds a BA in English from George Mason University as well as an MFA in Creative Writing from Pratt Institute. She has appeared in Apparition Literary Magazine’s Issue 5: Resistance and will also be featured in an upcoming Speculative/Horror issue of midnight & indigo literary journal. You can also find her work in the fourth and fifth edition of Pratt Institute’s physical publication The Felt. You can find her at www.fordarkfigures.com and on twitter/instagram at @freely_poetic.

Oluwatomiwa Ajeigbe is a writer of speculative fiction and poetry. When he’s not writing about gods and androids and alternate histories, he can be found pretending to be an undergraduate of Mathematics at the University Of Lagos. He has work published or forthcoming in Star*Line, FANTASY Magazine, Crow And Cross Keys, Baffling Magazine, Eye To The Telescope and elsewhere. He lives in Lagos, Nigeria with his family and an imaginary cat.

Please note: this is an incomplete list. If you’re part of the Escape Pod alumni and wish to be included please let us know!