Daya had been in no hurry to become a mother. In the two years since she’d reached childbearing age, she’d built a modular from parts she’d fabbed herself, thrown her boots into the volcano, and served as blood judge. The village elders all said she was one of the quickest girls they had ever seen — except when it came to choosing fathers for her firstborn. Maybe that was because she was too quick for a sleepy village like Third Landing. When her mother, Tajana, had come of age, she’d left for the blue city to find fathers for her baby. Everyone expected Tajana would stay in Halfway, but she had surprised them and returned home to raise Daya. So once Daya had grown up, everyone assumed that someday she would leave for the city like her mother, especially after Tajana had been killed in the avalanche last winter. What did Third Landing have to hold such a fierce and able woman? Daya could easily build a glittering new life in Halfway. Do great things for the colony.

But everything had changed after the scientists from space had landed on the old site across the river, and Daya had changed most of all. She kept her own counsel and was often hard to find. That spring she had told the elders that she didn’t need to travel to gather the right semen. Her village was happy and prosperous. The scientists had chosen it to study and they had attracted tourists from all over the colony. There were plenty of beautiful and convenient local fathers to take to bed. Daya had sampled the ones she considered best, but never opened herself to blend their sperm. Now she would, here in the place where she had been born.

END_OF_DOCUMENT_TOKEN_TO_BE_REPLACED

A month after I broke up with Jonathan, or Mr. Wrong, as my mother liked to call him, she announced that she’d bought me a machine to love. She found it on eBay, paid the Buy It Now price and had it shipped to me the next day. I’m not sure where she got the idea that I needed a machine or how she picked it out or what she thought it would do for me. My mother never asked advice or permission. I dreaded finding the heavy, flat box that UPS left propped against my front door.

“I don’t want anything.”

“You always say that, but it’s never true. We all want something.” I hated it when she was being patient with me. “Just give it a chance, honey. They’re more complicated than men,” she said, “but cleaner.”

END_OF_DOCUMENT_TOKEN_TO_BE_REPLACED 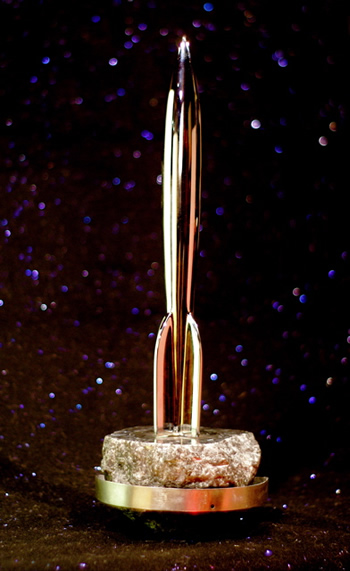 Nominated for the Hugo Award for Novelette, 2011.

Everything changed once Beep found out that Mariska’s mother was the famous Natalya Volochkova.   Mariska’s life aboard the Shining Legend went immediately from bad to awful.  Even before he singled her out, she had decided that there was no way she’d be spending the rest of her teen years crewing on an asteroid bucket.  Once Beep started persecuting her, she began counting down the remaining days of the run as if she were a prisoner.  She tried explaining that she had no use for Natalya Volochkova, who had never been much of a mother to her, but Beep wouldn’t hear it.  He didn’t care that Mariska had only signed on to the Shining Legend to get back at her mother for ruining her life.

Somehow that hadn’t worked out quite the way she had planned.

For example, there was crud duty.  With a twisting push Mariska sailed into the command module, caught herself on a handrail, and launched toward the starboard wall.  The racks of  instrument screens chirped and beeped and buzzed; command was one of the loudest mods on the ship.  She stuck her landing in front of navigation rack and her slippers caught on the deck burrs, anchoring her in the ship’s  .0006 gravity.   Sure enough, she could see new smears of mold growing from the crack where the nav screen fit into the wall.  This was Beep’s fault, although he would never admit it.  He kept the humidity jacked up in Command, said that dry air gave him nosebleeds.  Richard FiveFord claimed they came from all the drugs Beep sniffed but Mariska didn’t want to believe that.  Also Beep liked to sip his coffee from a cup instead sucking it out of a bag, even though he slopped all the time.  Fungi loved the sugary spatters.  She sniffed one particularly vile looking smear of mold.  It smelled faintly like the worms she used to grow back home on the Moon.  She wiped her nose with the sleeve of her jersey and reached to the holster on her belt for her sponge. As she scrubbed, the bitter vinegar tang of disinfectant gel filled the mod.  Not for the first time, she told herself that this job stunk.

She felt the tingle of Richard FiveFord offering a mindfeed and opened her head.  =What?=

His feed made a pleasant fizz behind her eyes, distracting her. =You done any time soon?=  Distraction was Richard’s specialty

=Didit is making a dream for us.=

END_OF_DOCUMENT_TOKEN_TO_BE_REPLACED

“They’re uploads, Jennifer.” When I first met Mel, I thought the sleepy voice was sexy. “How can they move in with us when they’re not anywhere?”

“They bought a puppet to live in,” I say. “Life-sized, nuskin, real speak – top of the line. It’s supposed to be my Christmas present. Bring the family back together for the holidays and live unhappily ever after.”

“A puppet.” A puzzlement glyph pops up at the bottom of my screen. “As in one puppet?”

“It’s a timeshare – you know. They live it serially. Ten hours of him, fourteen of her.”

“He’s giving her the difference so he can take extra time off for his bass tournament in June.”