SAM: Already with God. Leave him.

BECCA: No, let’s take a look. I could use a laugh.

MEL: I can see you in there. Hurry. Please.

SAM: You’re not letting him in?

BECCA: This’ll be fun. Is the taser charged?

SAM: Not fair. You can see him.

BECCA: Nine is my bet. Yours?

BECCA: Done. (calls to Mel) It’s an overhead door. You have to crawl.

MEL: (outside) What? They’re coming fast.

MEL: But who are you?

MEL: (confused) No, my name is Fish. Robert Fish. You can call me Bob.

SAM: Or I can call you Mel Gibson.

MEL: I beg your pardon, but that’s not my name. My name is Bob.

BECCA: The big underground storage thingy. All the fatcats snoozing away.

MEL: You mean the Cultural Preservation Facility? That was top secret back when … but I suppose you must know all about it by now.

SAM: Something about your old government.

BECCA: You people wasted everything. And then millions died.

MEL: We tried. We tried very hard. It wasn’t as if we couldn’t see what was coming. The droughts, tornados, the economy going south. But it didn’t happen all at once. Then the Raccoon flu, the antibiotics were useless. The wheat crop failed two years in a row. Then came riots, cities on fire, madness. When we lost control we gathered the best — scientists, economists, engineers, architects into the CPF ….

MEL: The Cultural Preservation Facility. The vault. The Congressional Committee selected a hundred volunteers to enter suspended animation pods to sleep through all the disasters. Wait, how long has it been?

MEL: I mean, what year is this?

SAM: Pick one. They’re all available.

BECCA: My mom never kept a calendar. Did yours, Sam?

SAM: You met my mom.

BECCA: Right. So anyway, Mel, you decided to snooze while the world went to the dogs.

MEL: Everything was flying apart. We tried to save what we could. But something went wrong.

MEL: No, I mean in the CPF. The main power was rated for fifty years, then if nobody woke us up the backup was supposed to kick in. But for some reason, it’s only running at half power. Whole sections are shutting down. I was lucky, I just barely escaped being deactivated with my pod.. That was what … a couple of days ago? I’ve been wandering around until I got here. But what is this place? Some kind of fallout shelter?

SAM: And you’re the fallout.

MEL: I’m sorry. Do you want me to leave?

MEL: Umm, yes. (wary) I couldn’t help but notice all the watches you girls are wearing. How many is that?

BECCA: I have twelve. She has more.

SAM: Eighteen. Nine on each arm.

MEL: (still wary) Umm, lovely. (beat) I’m sorry, but like I said, I’ve been hiding from the dogs now for a couple of days and I’m starving. Have you got anything to eat?

SAM: Why not? Enriched with vitamins. Never go bad.

MEL: (with mouth full) So you know about the CPF? (swallows) Does that mean you’ve seen any of the others?

MEL: Is there anyone else? Other survivors like you?

MEL: You can’t be serious. Where is everyone?

MEL: What are you saying? That they’re all dead?

MEL: That’s terrible. (beat) I can’t believe how quickly it all went away. Everything out there is in ruins.

BECCA: Kind of a bitch.

SAM: You pissed her off.

SAM: Just me and Becca.

MEL: Wait– what? Why did you just say that?

BECCA: No reason. We like to keep track of the time.

SAM: So little of it these days.

MEL: Excuse me for saying this, but you’re a little bit odd, aren’t you? I mean, the way you talk, all the watches, the Twinkies. This is going to take some getting used to. (beat) Wait, are you lesbians?

BECCA: She is. I’m just lonely.

SAM: So Mel, what were you?

SAM: If the vault was full of the best, what were you best at?

MEL: I was the Congressman from the second district in New Hampshire.

BECCA: So you selected you?

MEL: No. No, I wasn’t on the CPF committee. – I served on Judiciary but I was just starting my third term. I was pickedbecause I was single. And healthy. And young. I was first elected when I was twenty-six. I was the only politician chosen.

BECCA: Get it done!

MEL: I guess you could say that.

SAM: Mel Gibson to the rescue.

MEL: I wish you wouldn’t call me that. (beat) I see you have a computer.

MEL: Does it work?

/SFX/ RUMMAGING SOUNDS
SAM: But loads of CDs and DVDs.

MEL: No, thanks. (beat) Maybe later. And you’ve got electricity, obviously.

SAM: Bunches of gas stations nearby.

MEL: We can certainly do better than that.

MEL: Sam, right. Sorry. I don’t know why you’ve decided not to like me, but I can’t let that matter. For the time being, we have to assume that we’re the last people on earth.

MEL: That means we’re going to have to get along.

BECCA: (seductively) Get along?

BECCA: What kind of start?

MEL: (embarrassed) Well it’s just that you’re women and I’m a man and maybe someday … someday we might … we might ….

MEL: What? What did I say? Becca, what’s going on here?

BECCA: Nothing. Forget it.

SAM: Just why would we be making these … babies?

MEL: Like I said, we’re going to have to start over.

SAM: Are you suggesting we repopulate the earth?

SAM: It would have to be lots and lots of children.

BECCA: Go forth and multiply

SAM: So we start over why?

MEL: I would say it’s our duty. To mankind, I mean.

SAM: Ah, mankind. You weren’t very nice people, from what we read.

BECCA: Lots of greed. Killing. And you left us this.

MEL: It wasn’t our fault.

BECCA: So, you’re bowing to the biological imperative?

MEL: That’s not what I said.

MEL: Now wait a minute. We can do better. We’ll have to do better.

BECCA: The problem with Adam and Eve-ing , Mel ….

BECCA: … the gene pool here is kind of shallow.

BECCA: Genetic diversity, not so much. Inbreeding is nasty.

SAM: Just because they did it in the Bible doesn’t mean it works.

BECCA: This is real life.

MEL: Yes, of course. But what’s the alternative? Just giving up? I can’t accept that.

SAM: That’s what we were afraid of.

SAM: (breathless) Got the chloroform?

BECCA: Ten minutes, twenty-six. He just wouldn’t get to the point.

SAM: You almost had him.

BECCA: But you won. Here’s your Twinkie.

SAM: But you were right. (with mouth full) That was totally fun.

SAM: So? Hang him in the freezer with the others?

BECCA: Already? Let’s play with him some more.

BECCA: He’s kind of cute. We could tie him up.

SAM: And then what?

BECCA: He’s young. And a man. Couldn’t we train him?

BECCA: I know, I know. But it’s too crowded in the freezer.
SAM: Dogs, then?

SAM: Help us do our duty to mankind.

(SAM and BECCA laugh, under …)

James Patrick Kelly has won the Hugo, Nebula and Locus awards; his fiction has been translated into eighteen languages. With John Kessel he is co-editor of Digital Rapture: The Singularity Anthology, Kafkaesque: Stories Inspired by Franz Kafka, The Secret History Of Science Fiction, Feeling Very Strange: The Slipstream Anthology and Rewired: The Post Cyberpunk Anthology. He writes a column on the internet for Asimov’s Science Fiction Magazine and is on the faculty of the Stonecoast Creative Writing MFA Program at the University of Southern Maine. 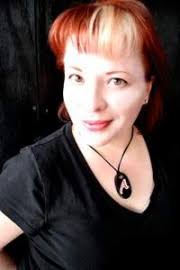 A Kovacs is a co-founder of Dark Øverlord Media, along with Scott Sigler. A operates as the “publisher,” scheduling the fiction projects, coordinating editing, print publication and eBook production, and also manages strategic partnerships. In short, if a task doesn’t involve fiction writing or being loud and obnoxious, it probably falls to A. A is a rabid movie geek, Doctor Who fan, and science nerd. She volunteers in several women-forward and science-oriented organizations in San Diego where she lives.

Find more by A Kovacs

John Cmar is an infectious diseases physician in Baltimore who splits his time between treating horrors such as syphilis, and molding the next generation of doctors, while repeatedly washing his hands in between. When not herding his five cats or going fanboy over the space endeavors of his wife Moon Ranger Laura, John infectious various podcast and radio projects with his voice. He is the Chief Medical Officer and Bad Doctor in Residence at his personal blog, Saint Nickanuck. 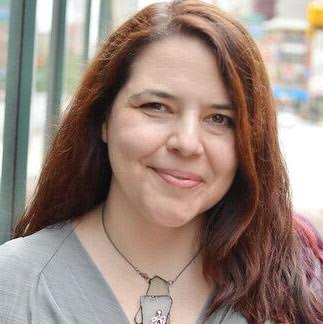