Hope was a fickle bitch. Mercurial and quixotic, the kind of woman you spent the whole week getting ready for only to have her cancel the date at the last minute.

The world was ending, but Royal Parker still had to go through the motions of a job interview. He knew as soon as he sat down across from the manager—in his ridiculous red and white striped shirt and paper hat—that he wasn’t getting the job.

END_OF_DOCUMENT_TOKEN_TO_BE_REPLACED

We’re both sitting on the rotting front porch one muggy July day when Dorcas asks me if I want to break into Paradise with her. I lace up my sneakers and we do the old huff-and-puff up Negley Avenue to the big Cygnian compound on the hill.

It’s dark, which doesn’t mean much. Most of the compound-heads are wired up to the pleasure-juice on a more-or-less constant basis, and who needs light when you’ve got that? Still, it only takes about three minutes until we’re spotted climbing over the semi-permeable barrier that separates the Chosen Ones from the Not There Yet. And it only takes eight minutes until we’re sitting in the bare-bones holding tank, waiting for an attendant to rouse one of the compound-heads from their ecstasy.

I look over at Dorky. She looks over at me. She mouths the words “play along.”

And I mouth the word “what?” because for the life of me I can’t figure out what the hell the point of this little stunt is.

The compound-head enters in a thick bathrobe that hides just how fucking skinny they all are. It picks up its slate and starts to write. The chalk squeaks.

The Cygnians say they’re preparing the compound-heads for life on their homeworld, the real Paradise. For three weeks all of us were jacked up on pleasure-juice dialed to Max Effect, while the Cygnians ran tests to decide which of us got to live in the compounds. They shepherded their lucky few into one of the many squat nanofoam villages that dot the entire globe. Then they turned off the tap.

What happened next… well, at least some of us survived.
END_OF_DOCUMENT_TOKEN_TO_BE_REPLACED

They’re waiting for him when he comes out of the tank.  Whether plainclothes or just another pair of clockers, he can’t quite tell, but the way they avoid looking in his direction tips him off in a heartbeat.  When Ari Marvel walks by, you _look_.

They start drifting idly in his direction, and that clinches things.  Reaching down into the lining of his pocket, Ari palms the whole batch and trails his hand over the edge of the bridge railing.  The brittle grey modsticks crumble with ease, and by the time the two have dropped their cover and made the sting he’s moved smoothly into position, hands against the brick and legs spread wide.  The pigs don’t even thank him for being so efficient.  The patdown’s rougher than necessary, but after a minute they throw their hoods back up and move off down the street.

Ari runs his hands through his faded blue-green spikes, then takes the stairs down to the tube.  A beginner might have lingered at the railing and thought about all the time and money now floating down the culvert, but Ari doesn’t look back.  Necessary expenditures.  Expected losses. 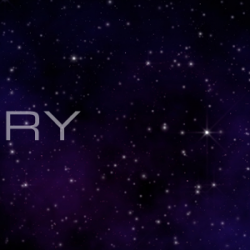 Next week… Escape Pod ventures into the world of novellas.

It wasn’t that Em disapproved of drug use, you just had to be savvy about which drugs you took. Back before she had to get a day job, she was a M@tch girl, much to the delight of the guys on the club scene. M@tch wasn’t a wimpy drug, but it didn’t turn you into a murderous street zombie either. It was also expensive — a designer “where it’s @!” drug — that the Tweakers couldn’t afford anyway.