Well, this is it: my top-25 list of TNG episodes. You may not agree with them all, but that’s why this is my list — emphasis on the my. And if you’re wondering why any of the expected episodes are missing, here’s a partial explanation.

END_OF_DOCUMENT_TOKEN_TO_BE_REPLACED

I first started reading Star Trek tie-in novels when I was about eight. My dad hurt his foot and was in the hospital, and my mom brought me to a bookstore before we went to visit him. I found three Star Trek novels — My Enemy, My Ally by Diane Duane, Dreams of the Raven by Carmen Carter, and How Much For Just The Planet? by John M. Ford — and haven’t looked back. When TNG tie-ins started appearing, I bought them all, saving my allowance and gift certificates until I could afford them.

Unfortunately, while many were great, some… well, some were big-time stinkers. So here’s my opinion on the 10 worst TNG tie-in novels.

A couple of caveats: I stopped reading the tie-ins quite so religiously in the late 90s, so I might have missed a few. Also, this list will not cover the relaunch novels because they’re getting their own article.

END_OF_DOCUMENT_TOKEN_TO_BE_REPLACED 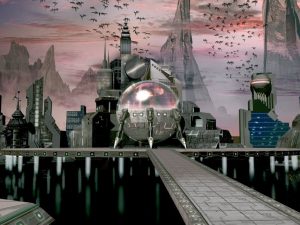