Einstein was getting old now. All of them. Not so old that he was past it, but you had to wonder. When our troops liberated the Spemann Lab complex in 1945, the Einsteins had been just five years old. The Government had done the humanitarian thing and brought them back home. Eventually, someone had leaked the information and slowly, slowly, public pressure and outrage had grown. The big hush-hush operation our government had mounted was shut down and the Einsteins were released‚ or rather, they were integrated into society in a humanitarian manner. That was the wording the government press releases used. Two hundred and fifty is a lot of Einsteins.

Murder or a Duck

George called out, “Mrs. Whitman, you have a visitor.”

Mrs. Whitman strode from her workroom, her white hair skipping out of its hairpins. She straightened her work skirt, massaged her bad knee, then hurried down the hall.

“George, what’s happened to the lamp with the blue shade?”

“To which lamp are you referring?” George smoothed down a cravat embroidered with tiny trombones. Improper attire for a butler, but George had never been entirely proper.

Mrs. Whitman examined the sitting room in further depth. The blue lamp was gone, as were the doilies, thank goodness. An elegant table sat between the armchair and green sofa, which was infused with the stuffy smell of potpourri. Behind the sofa hung The Roses of Wiltshire, a painting that Mrs. Whitman had never cared for, despite its lush purples and pinks and reds. And the ficus was there, too, of course.

Mrs. Whitman pulled out a battered notebook. George’s trombone cravat indicated she was in a timeline where he was courting Sonia. A good sign, indeed. Perhaps, after six hundred and two tries, she’d finally landed in a timeline where Mr. Whitman would return home safely.

Consulting her charts, she circled some continuities and crossed out others, referring often to an appendix at the back. The notebook was worn, its blue cover faded. And it was the twelfth one she’d had since starting the project.

END_OF_DOCUMENT_TOKEN_TO_BE_REPLACED 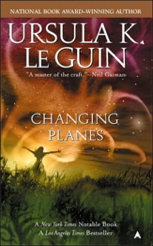