The Man Who Lost the Sea

[EDITOR: This was originally released as audio-only, and we don’t have the rights to post the text of this story. It’s widely available online by searching.] 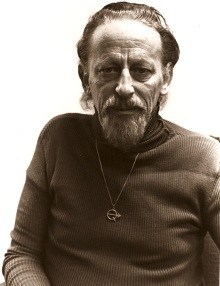 (from Wikipedia)  Theodore Sturgeon born Edward Hamilton Waldo; February 26, 1918 – May 8, 1985) was an American science fiction and horror writer and critic. The Internet Speculative Fiction Database credits him with about 400 reviews and more than 200 stories.
Sturgeon’s most famous work may be the science fiction novel More Than Human (1953), an expansion of “Baby Is Three” (1952). More Than Human won the 1954 International Fantasy Award (for SF and fantasy) as the year’s best novel and the Science Fiction Writers of America ranked “Baby is Three” number five among the “Greatest Science Fiction Novellas of All Time” to 1964. Ranked by votes for all of their pre-1965 novellas, Sturgeon was second among authors, behind Robert Heinlein.
The Science Fiction and Fantasy Hall of Fame inducted Sturgeon in 2000, its fifth class of two deceased and two living writers. 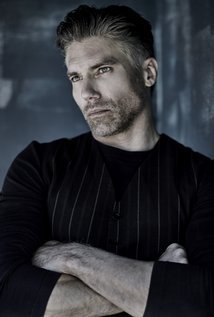 Anson Mount is perhaps best known for playing ‘Cullen Bohannon’ on the AMC television series Hell on Wheels. You can see him playing Captain Christopher Pike in the 2nd season of “Star Trek: Discovery” on CBS All Access. He and his producing partner Branan Edgens have also launched a podcast of their own this fall called The Well. In it, Mount and Edgens feature interviews and stories about creative inspiration from some of today’s most interesting artists, celebrities, thinkers and innovators. But what Anson is truly proud of is the fact that his girlfriend Darah Trang agreed to become his wife while standing by a lake in Tennessee and staring up at the 4th of July fireworks. Celebration ensued.