Rated G. Suitable for world-dominating clone armies of all ages.

Einstein was getting old now. All of them. Not so old that he was past it, but you had to wonder. When our troops liberated the Spemann Lab complex in 1945, the Einsteins had been just five years old. The Government had done the humanitarian thing and brought them back home. Eventually, someone had leaked the information and slowly, slowly, public pressure and outrage had grown. The big hush-hush operation our government had mounted was shut down and the Einsteins were released ‚Äì or rather, they were integrated into society in a humanitarian manner. That was the wording the government press releases used. Two hundred and fifty is a lot of Einsteins. 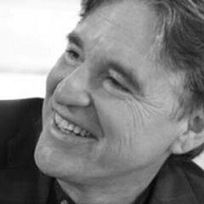 Jay Caselberg was born in a country town in Australia and then traveled extensively while growing up. His first expedition was to Istanbul in 1969, where he lived for two years, and then later, in 1973 to Cambridge for a year.

Starting a BSc in Biochemistry in Sydney, he changed to a BSc Psych, then transferred to the University of Wollongong to do a BA Psych. There he discovered History and Philosophy of Science,which was to become his major and eventually, his Honours Degree. He transferred to the University of New South Wales in Sydney to pursue a PhD on a government scholarship, claiming from the start that his degree was simply practice to write large, cogent volumes of material. A short time before handing in his dissertation, he realized that academia wasn’t going to fulfill his ambitions and he stepped out into the workforce, joining a couple of IT companies in succession, until he found one that stuck.

Nine months later, he transferred for work to London. From that time on, he traveled extensively, throughout Europe and Africa. In 1996, he started writing with a passion. For nearly the next two years, he wrote full time and garnered his first few publications writing as James A.Hartley. In 1998, he rejoined the workforce and continued his travels through Asia, the Americas and more in Europe and Africa. At last count, he has visited about 72 countries.

Since then, he has continued to write and publish, primarily these days as Jay Caselberg. He currently still works in the consulting industry on international projects. He writes across many genres, both at short story and novel length, crossing the boundaries of Science Fiction, Fantasy, Mystery, and the Literary, generally with a dark edge. His short stories have consistently appeared in Year’s Best volumes and recommended reading lists.