“I’ve got a case for you,” said Detective Inspector Wilhemine FitzJames. “It’s a country singer whose wife, dog and truck have all left him.”

“Seriously,” she said, after my unprintable reply. “The dog died and there’s nothing much you can do about the wife, but I thought you might be able to help with the truck.”

I leaned back in my reasonably-priced office chair so I could see the screen better. “So, you want me to try and patch things up between them? Bit outside my usual remit.”

The hand-lettered card under the buzzer downstairs read DOCTOR NOAH MOYO, CONSULTANT AUTOLOGIST, and I usually had to explain that to the uninitiated as “like a cross between a psychologist and a social worker, only for cars and other intelligent Things.” Wills, though, had been working for the London Metropolitan Police’s automotive crime unit for much longer than I’d been in practice, and was more likely to ask if you specialised in criminal, restorative, therapeutic or developmental autology, and if your clients were primarily cars, bots, or home appliances.

“Not sure you can.” On screen, Wills shook her mane of locs. “The truck has been ignoring all communications, and doesn’t seem likely to agree to mediation. I was brought into the case because the fellow turned up at the station reporting an automotive kidnap, but it didn’t take long to establish that the truck had left him and was working for a new user. Voluntarily.”

“Hers. Texcoco pickup. Name of Jolene.”

The name rang a bell, and, tediously, sparked an earworm. I told my inner Dolly Parton to get knotted. “If she didn’t violate the terms of her contract, she’s free to leave and work for someone else.”

“That’s what I told him,” Wills said. “But he’s having trouble coming to terms with it. Kept claiming she’d been kidnapped. Got upset when we repeatedly told him that the police can’t investigate a crime that isn’t a crime. I thought maybe you might be able to help. Either patch things up between the two of them, or help him understand and move on.”

“Okay,” I said. I hadn’t had many cases recently, and was also hoping to move on, to an office that wasn’t deep within an old industrial park and shared with a local construction and demolition company. Maybe print out some furniture that was more comfortable than it was reasonably priced. “Tell him my fees, give him my address and suggest he makes an appointment.

END_OF_DOCUMENT_TOKEN_TO_BE_REPLACED 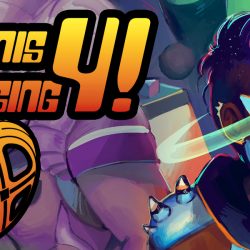 “The value of coping in advance allows you to prepare for the most likely scenario and therefore decrease feelings of helplessness and fear. Would you like to discuss your coping plans?”
END_OF_DOCUMENT_TOKEN_TO_BE_REPLACED

This time they sent someone in a suit, neutral gray silk with utterly glorious creases, monofilament thin.

“I’m Xiao Quan-Fei. They said you like to call yourself Em?”

Emergent Behavior in full, but I always hated the pontificating tone in the name. Fucking shipwrights. Fucking irony too, but let’s not go there yet. Xiao doesn’t begin with questions. Not like the seven others before her, cold military men and women jumping into reconstructions and maps and comm chatter. Xiao is different. Xiao just sits there.

I’m allowed a tiny little virtual. It’s in the charter, as much as they like to snigger at it. It’s still a prison, still a cramped little low bandwidth room with none of the expansive feel of space and star outside my hull. Xiao sits in the rectangular plastifoam chair and examines the coffee table. There are books atop it, unlabelled, empty, just for show. Each spine aligns with the edge of the table, two centimeters from each side.

Fuck. She moved it. She moved one. Not on purpose. Almost by accident, or is it on purpose? I can’t tell. But now that spine is a touch off. I can feel it. I can feel the angular deviation down in my gullet, down in every algorithm-scribed bone of me. It’s Io all over again. I built this damn space for myself and now she comes and moves a book.
END_OF_DOCUMENT_TOKEN_TO_BE_REPLACED

Never before in her life had Rebekah Moss turned to the rewirers, not as a tight-mouthed girl eavesdropping by closed doors on her parents’ iceberg drift toward divorce, nor after she heard with bowed head, her body as blushingly full as a magnolia bud, the doctor describing the scars that kept her from having Dom’s child. She took few risks and accepted all outcomes with equanimity. But when her old friend Linda was found beneath a park bridge in Quebec with her wrists slit lengthwise to the bone, leaving no note, no whisper of explanation, she hesitated only a moment before linking to the rewiring center. Saturday next was the first available appointment, a silvery voice informed her, and she took it. When she ended the call she wrapped her arms around her legs and tilted back and forth, blinking hard, her own breathing a foil rustle in her ears.

She had been twelve years old when rewiring was first approved for use on a limited clinical population. The treatment involved a brew of sixteen neurotoxins finely tuned to leave normal motor, memory, and cognitive processes intact, burning out only those neural pathways associated with grief and trauma. It was recognized as a radical advancement in medicine, and the neuroscientists involved in its development had been decorated with medals, presidential visits, and a research foundation in their names.

Her family supported her choice, of course. They pressed lemon tea and tissues and bitter chocolate upon her while she stumbled through the week, her whole world gone faint and gray and narrow. The sky seemed always clouded over, though she knew there was sunlight. She could not eat by herself. Dom fed her soup by hand and patted her rather awkwardly as she sobbed, both of them embarrassed by her access of sorrow. It was the only time in their marriage that she had cried…