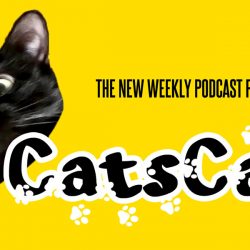 The Thing in the Basement

You can hear it, in the basement, behind the metal boxes that your human puts her outer-coverings in just when they start to smell good—when the boxes are done, she brings out her things stinking of flowers or fruit. She’s lucky you know the sound of her voice, because her scent is all over the place.

You chirp to get her attention. A cat would understand the sound. “Alert! Something to hunt!”

But no. Your human is frightfully stupid. She goes on loading the boxes and turns them on. You hear the sound of water, but you can’t see it. You’d splash in it if you could. Your kind has played in water since cats first walked the earth. You’re the original longhaired breed. Your lineage was explained to you by your mother, who heard it from her mother, who heard it from hers.

“She’s a Turkish Angora,” you’ve heard your human say when she’s complimented on your silky white fur or your bright green eyes. As if she had anything to do with them? She thanks your admirers, nonetheless.

But the water perplexes you. You’ve whiled away more than a few moments down here trying to find it, so tantalizing, but right now it’s annoying you because it’s masking the sound of whatever’s down here.

You’re a mighty hunter. That’s what your human tells you, as if you need confirmation that you’re skilled at catching vermin. Doesn’t she realize this is why you stay with her? Why any of your kind do? The first cat to move in with humans was a visionary who could recognize an all-you-can-eat buffet in the granaries. A bunch of cats followed. And the rest is history.

END_OF_DOCUMENT_TOKEN_TO_BE_REPLACED 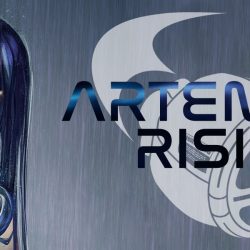 The little cleanerbot whirrs as it crisscrosses the arena, sucking up the robot dust with the vacuum chute on its right and picking up strewn robot parts with the multi-hinged arm on its front. The arm is strong – it can pick up parts that are larger than the entire cleanerbot, and fling them up into the little cart that trundles behind it.

The cleanerbot is officially named SpeedyKleen v1.5, though it doesn’t think of itself that way. Its only goal is of low-order complexity: clean the arena, with no speed specified. (A clean arena is Verified Good, and as all it can do is clean, it is an optimized solution.) It doesn’t mind the work – doesn’t stop to think about gurgling up the remains of its brethren. The dust is made of flecks of titanium and carbon fiber and plastic ground off in battle by the sawbots, ash from the flamethrowers of the firebots, and pulverized chunks of electronics bashed off by the wedgebots and hammerbots. The dust gets dumped into a buildbot, where it gets cleaned and reconstituted into lightweight amalgams perfect for printing new bot pieces. Any larger pieces that can be salvaged go to a repairbot to be hammered or flattened or re-soldered.

When it’s out of the arena the cleanerbot drops off its cart with the repairbot (a Fixer8300C), dumps out its vacuum container into the buildbot receptacle (a Build-A-Bot Arkitekt Pro), then parks in its chargeport, waiting in anticipation for its next scheduled arena cleaning. There’s nothing else for it to do that’s Verified Good.

END_OF_DOCUMENT_TOKEN_TO_BE_REPLACED

This is a live reading from Worldcon 2018.

Some Things I Probably Should Have Mentioned Earlier

I’m sorry I waited so long to tell you this, but I really hate your vacation cabin. Everything about it creeps me out. The sound of crickets at night makes my skin crawl. They sound like impending doom: like a critical piece of equipment being worn down by friction, or a thousand tiny voices, hoarse from screaming, reduced to a raspy warning chant in some ancient language.

The crickets aren’t the only problem. The smell of so much wood in one place makes my eyes burn. And is it really necessary to throw pine cones into the fireplace? Are the burnt-wood fumes not overpowering enough? I used to lie awake at night fantasizing about finding whoever came up with that idea, grinding them up, feeding them to the crickets, and then gathering up the crickets, stuffing them into the fireplace, burning the cabin down, and watching from a safe distance. Upwind, of course.

Do crickets even eat meat? You probably know. You grew up with all this. That’s why you’re comfortable with it. I’m not; to me, it’s alien and disturbing. I wish I’d told you this the first time you took me there, right after we started dating. But your friends were having such a good time. I wanted to be the fun girlfriend who liked what everyone else liked.

It must seem strange that I’m bringing this up now, when neither of us will ever go back there. I mention it because saying I loved your cabin set off the chain of events that led us to where we are today. It wasn’t the first lie I’d told you, of course, but the others were just my cover story.

END_OF_DOCUMENT_TOKEN_TO_BE_REPLACED

All Profound and Logical Minds

The space station was silent in the way that a black hole is black; it was more than just an absence of noise. There was something physical to the silence, a force pulling in all sound and eating it. Hannah anchored her boots to the floor of the atrium, feeling the reassuring click as the magnets engaged. Emergency lights washed the atrium floor with a watery red light.

Taking a deep breath of her tepid suit air, Hannah unzipped her bag. An insulated thermos floated out. She left it slowly rotating next to her elbow while she rummaged around to find her keychain. It was a cheap one, made of injection-molded nickel, in the shape of a caffeine molecule. Stupid and gimmicky, yes, but she needed a symbol of her faith and as an atheist, it worked. Bethany had come up with the idea of doing the ritual as an exorcism. A real Catholic exorcism would take much longer, but the clients liked the concept, and Hannah’s abbreviated version worked.

A faint click in Hannah’s ear warned her a second before she heard her sister’s voice over the radio. “Ship to Missionary. Come in, Missionary.” Bethany’s voice was thin and staticky, more white noise than words, but it was like tasting cream after having nothing but water.

Hannah closed her eyes for a second, savoring the soft hiss, and then opened them again, shifting a glance to the heads-up display to trigger the radio to pick up her response. “This is Missionary. I’m in position in the atrium.”

“How’s it looking in there?”

Hannah looked toward the starboard side of the atrium. Six or seven bodies had collected in the awning of a cafe like a lost handful of balloons. They were dressed casually as if they’d been strolling through the park at the time that the station vented.

“Good.” Bethany’s voice had a laugh in it. “The longer it stays quiet, the better.”
END_OF_DOCUMENT_TOKEN_TO_BE_REPLACED