Some free fiction coming down from Escape Pod favorites:

Jury Service: By Cory Doctorow and Charlie Stross (audio only) – (from Cory’s blog) Jury Service is the first of two novellas Charlie Stross and I wrote about Huw, a technophobe stuck on Earth after the Singularity (the other one being Appeals Court). They are both being published, along with a third, yet-to-be-written novella Parole Board by Tor Books as Rapture of the Nerds. We’re starting work on Parole Board in January, and to refamiliarize myself with the earlier novellas, I’m going to podcast both now (with the gracious permission of Charlie and our editor, Patrick Nielsen Hayden). Hope you enjoy ’em – they’re as gonzo as I’ve ever gotten, I think!

The Nex: by Tim Pratt (text and ebook) – (from Tim’s blog) Unlike my other serials, this one isn’t an urban fantasy, and doesn’t take place in an existing series (though it does share a setting with a story, as I mentioned). It’s a novel narrated by a precocious 13-year-old who finds herself a long way from home with some disreputable people in a dangerous world. The book has shapeshifters, giant robots, aliens, kleptomaniacal monsters, heroism, shoplifting, terror, lecherous cyborgs, personable tyrants, steampunk submarines, subterranean tunnels, rustic French cuisine, a cult of teenage girls in fairy wings and leotards, teleportation, and people who get punched so hard they disappear. I hope you all like it. [Ed- this is a free online book, so please support the author with a donation or a purchase of the Kindle ebook]

[UPDATE– apologies, WordPress put the Doctorow file into our feed without me realizing, sorry for those of you who downloaded unwanted content. I’ve removed it, now you must right-click to download or go directly to Doctorow’s page.]

I’ve been hinting at a seekrit project for a while now, and it’s finally public: Steve Eley, the brilliant mind behind the first podcast fiction magazine, is stepping down from Escape Pod, and I’ll be taking his place.

I’ve been involved with Escape Artists in one way or another several times in the past five years. Steve has published several of my short stories, and asked me and Ben Phillips to helm Pseudopod when it launched. I had to step down in 2007 because i had a day job and simply had to let some outside things go.

I’ve been working behind the scenes on the EP thing for a couple of weeks now, sifting through slush with some truly dedicated volunteers. We re-launch after our hiatus next week on Escape Pod’s fifth anniversary with Steve’s last podcast. Then I will take over hosting for three weeks, then we will run our traditional Hugo short story offering. July is when I’ll settle into the job fully with hosting and editing. We’ve got some new things coming up for the podcast this summer.

But never fear! The podcast is awesome because of Steve’s vision: fun SF, and I’ll never turn away from that.

I’ve got a great team helping me, and I’m very excited to see where we can steer this ship. Thanks for all the congrats that came through Twitter and email so far, it really means a lot to me that people have confidence in my ability to take this amazing podcast and keep it strong.

NOTE FROM STEVE: This is not this week’s Escape Pod story. This is me talking about something I like. Feel free to skip this post if it isn’t fun for you.

There are a number of good writers now breaking into the big leagues through podcasting. My friend J.C. Hutchins is one of them. I loved his 7th Son trilogy, and I jumped at the chance when he asked me to read an advance copy of his horror novel Personal Effects: Dark Art

and record a reaction for him.

Here’s my initial reaction (Hutch liked it enough that he added the background music and bumper titling and such):

And here’s the big group “vlurb” project that my piece was a part of:

I read the book in PDF form. And then I pre-ordered it on Amazon, because it’s just that good. (Also because the little goodies that come with the physical copy sound like fun.) This is an unusual horror novel: it brings in a lot of conventional settings and tropes, but the characters break from formula in some surprising ways. And it’s a smart horror novel. Silliness in hats aside, I highly recommend it.

The Escape Pod episode is still coming up later today. But by special permission of Mur Lafferty, here’s a special bonus for you: the complete text of her novel, Playing for Keeps, in PDF format. It’s officially launching August 25th, so be sure to buy it from Amazon then!

If you’re as much a fan as I am of J.C. Hutchins’s SF thriller trilogy 7th Son, you’ll be jazzed to hear about 7th Son: OBSIDIAN, the new short fiction audio anthology set in the 7th Son universe. The anthology has stories from some of the top names in podcasting, including Mur Lafferty, Scott Sigler, Matt Wallace, Christiana Ellis and Evo Terra.

J.C. has an innovative promotional strategy to spread the word: he’s distributing a series of collectible posters across some of the top podcasts in the ‘verse. These are high-quality printable 8″x10″ images suitable for your cubicle, campus bulletin board, or fallout shelter. I was honored to be approached to host one of those posters. You can download ours here, or get it on our feed: 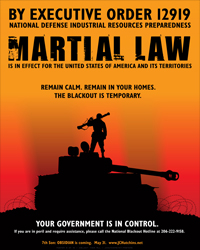 If you want to collect the entire set of posters, you’ll have to visit each of these fine podcasts and Web sites. They’re all worth taking at least a couple of minutes to check out:

Ecru debuts today from Particle 9 Productions, distributed by Outcast Multimedia. The first issue features art by Chasen Grieshop and an original story by Earl Newton (of Stranger Things). We’re pleased to deliver this special preview edition of the comic on the Escape Pod feed.

As part of Scott’s _”Monday Bloody Monday”_ campaign, we’re giving you the full text of his novel for free.

The paperback will be available on April 1st. Scott wants to hit #1 that day by having everyone order from Amazon at noon Pacific time. So if you like what you’re reading, support him by buying the book!

Apologies for the silence; many of us spent the weekend at Balticon 40 talking about podcasting, editing, scotch, and “Hey, I saw Neil Gaiman in the hallway!”

Latest news:
Tour Asia in 2007! China is hosting an International SF/Fantasy Conference in Chengdu, August 24-27, 2007. This coincides nicely with WorldCon in Nippon, scheduled for August 30-September 3. There are even direct flights from Chengdu to Tokyo. No site link, but the full press release is at the Emerald City Weblog.

If you didn’t get to see Serenity as many times as you’d hoped in the theater, many cities are screening it again on Joss Whedon’s birthday (June 23 for all of you non-obsessed fans). Learn more here.

Anne McCaffrey’s (why is it never “Hugo-winning novelist, Anne McCaffrey”?) rich world of telepathic dragons is finally coming to a movie house near you. SciFi Wire reports that Copperheart Entertainment will be adapting it to the movies.

This makes me want to send a note back in time to my 15 year old self and say, “Just be patient. It will come.”

BoingBoing recently broke this story, which is something anyone who is interested in genre fiction needs to take interest in. A University of Florida graduate student wrote a horror story on his LiveJournal which got the interest of the university police. They have been harassing him for his fingerprints and DNA so they can try to match him to other murders. The unstoppable force that is Cory Doctorow got involved, calling and investigating, with the police quite unwilling to discuss the situation, although they chose to use Doctorow’s interest in the situation as more ammo with which to threaten the student. There is no case. There are no charges. And yet they won’t lay off this guy.

In other news. SciFi Wire reports that Dabel Brothers Productions will start adapting some popular SFF novels to graphic novels. If they do it half as well as Mike Carey and Glenn Fabry are depicting Neil Gaiman’s Neverwhere, look to see some good stuff. The first three titles up will be Orson Scott Card’s Red Prophet and Wyrms and Laurel K. Hamilton’s Anita Blake book, Guilty Pleasures.

[EDIT- these are not the first titles, these are the first of a new batch. They’ve been doing this with other titles already. Thanks for the comment, John!]