After she left him, he found cells of hers between my bristles; grew a new her.

But she wasn’t the same. Of course there were the same teeth, in the same position, and the same size: molars, premolars, cuspids, incisors, all arrayed as they should be. But there wasn’t the familiar intimacy in my husking over them, mint-foamed, before she rinsed her mouth to make it clean and clear to kiss him. Thrown down onto the sink—the old her always put me neatly back in the slotted cup holder—I would see his eyes, because he faced me as he kissed her, before leading her to the bedroom, and I knew he knew she wasn’t the same, either.

Not that he should have misused his scientific equipment, on loan from the university, to create an adult human.

This new her, this grown her, thirty years old yet possessing a body as new as the first minutes of a new day, sent out into the world, new-souled if not entirely new, left him, too, and, months later, as he was trying to heal, he found me at the bottom of his bathroom organizer and it hurt him all over again.

I am bought, because who wouldn’t buy me when I am projected into the visual fields of a million toothed consumers? An oral hygiene drone, as big as your fist, and feisty, for the low price of ten sponsorhours: watch ten hours of advertisements a week for six months and I will give you a mouth Hygieia herself would kiss.

My mouth, my purchaser, is called Lisbet, and xe is a chaotic but deeply empathic healthcare worker who careens into the bathroom at late hours and voice-activates me like “DENTAT: jet-clean with peppermint gloss” and up I fly, round-bodied and spaghetti’d with attachments, to hover and jet high-pressure streams of water between the miniscule spaces of her mouthbones.
It’s fun to find things between the bones.

No meat anymore, because the livestock farms are few and only for the megarich, so instead I pick at synthetically-produced protein fibres and soy clusters that make up the foods shaped into older forms that xe eats. Xe is not too healthy, is my Lisbet. Sometimes xe forgets.

WOULD YOU LIKE A MOUTH SO BRIGHT! I chirp one night when xe hasn’t activated me for nearly a fortnight. “Fuck off,” xe shouts from the bedroom, before weeping at the patients xe couldn’t save today: patients with mouths browned by malnutrition, bodies wasted and teeth rotten, beyond even my powers.

Airron has been eating too much mineral again and our rebuilding is difficult. Worse: some of Airron’s teeth, specifically the back molars, vacated his gums and wasted our time as they drifted thickly around the zero-g spaces of the sacship; this caused us to split, with half our swarm jetting after them like a cloud of gnats and the other half prising apart the red sockets in the gums, to keep the spaces from healing, our tarsuses strong metal pins.

Airron is in an empathy group with Natass and Ollamid and when the three are done on the asteroids—eating their fill and collecting minerals for the sacship—they make love with full bellies and grasping hands and mouths, reaching for one another in the cool confines of their quarters. Their lips know the places to find. Their tongues move almost by instinct; like motes thrown up by sunlight, Airron’s nanites (we) and Natass’ nanites and Ollamid’s nanites vacate their mouths.

We hover in myriad witness at the companionship.

Afterwards, we have ourselves inhaled back into our hosts and pick out the fragments between their teeth, jet out the remembrances of the passion spent and the rocks crunched, a good meal, satisfaction in so many ways.

When we finally rest we are a layer of pink metallica, reddened by the blood of the gums we have healed. Ollamid’s too. Natass’ too. We ignore the calcium fragments floating in their own constellations around the room, teeth shards lumined by the light of stars shining through the sacship’s porthole. On our enamel beds we hear Airron murmur Airron’s plans to take the sacship down to an asteroid cluster that may have come from Earth. There may be artefacts, Airron says. Objects from the way we used to live.

We rustle in pleasure as we monitor blood sugar, heart rate, cholesterol, oxygenation of the bloodstream, plaque levels. We are excited for what tomorrow might bring. We will keep Airron and Natass and Ollamid whole, through everything, that their lips might touch, and their teeth might know one another, cleanly.

300—? [Sometime in the fourth millennium]

Once, millennia ago, there were organic beings, and those organic beings sustained themselves with things material and immaterial-material like food, immaterial like love-and the bones in their mouthparts masticated and bit and kissed and helped them to speak. There is a record of this even as that race of beings, like all physical beings in the universe, Transcended.

The teeth marked the boundary between one body and another—one body’s interior and its exterior—when, now, no such boundaries exist. Now there are living lightforms spangling the spaceways: concepts of joy, of curiosity, a conscious collective unbounded by any physical limitations.

We ghost over craters of landfills, excess like a cancer that ruined this world before we were made new, and we perceive the traces of all the people who ever lived on this planet as a heatshimmer over all these things, all this earth. There is no difference, now, between our bodies and the objects we once needed; we are external-internal everything, a unified effervescence. We see, crusted, fractured but still straight, a plastic-handled stick among the rubble, with a bristled head as of a crazed flower. From the time when we and they were separate. The artifice of the material kept it whole across the aeons. There is the temporal afterlay of it husking, mint-foamed, over the teeth of one person. Just an ordinary person. Quantum echoes bend over it like a bower. Lovers. We perceive that.

Love is the clearest thing in the universe.

Ghosts of words, echoes from another time resound in localized spacetime:

Humour rises cloudlike in us. These are words from a time when we were bodied, limited in all ways. Where concepts of ‘together’ and ‘apart’ and ‘left’ and ‘whole’ meant something.

We learned better. There was the old wisdom repeated on this planet: energy isn’t created, it always is. It just moves. It does not die.

Now we know that no-one is ever left.

We behold this little object, one of trillions. Meaningless. Meaning-everything. A quantum fulcrum, qualitative cords stretching out like strings of pearls into the universe. These objects: the records of the living and nonliving.

We, now, the beholders of the small parts. We, the perceivers of the shades bending towards one another, despite everything, shadows of other thems ghosting backwards until they disappear into sheet cosmic dust.

Two people who loved one another, until they didn’t.

Two people who were once alive but alive no longer, not really. Not in any meaningful sense. These forms are new. These arrangements of organic matter are their own.

We undulate, unneeded now. We remember the bone bastions of the human mouth, the small exposed things. The biting-and-tearing. The impact of tongue against toothback, to make speech. The shocking intimacy of other tongues holding our own. The way the mouth of another made unison, even for a moment. The taking in of other, more intimate things; the utterance of words that would make a friend, or a lover.

These are the things to treasure.

We give thanks to the bodies we once had, and the objects that tended them, before we leave.

Phoenix has this to say about the story: “Perhaps unsurprisingly, this story was inspired by finding my ex’s toothbrush in the bottom of my bathroom organizer. (It’s still there…)”

When I read this story, I was drawn to how charming and melancholy and hopeful it is. Teeth are like fingerprints in a way, but they persist as fossil relics far longer than soft tissue. The notion of following teeth-cleaning tools through time and into a post-human era was really interesting and compelling for me because of that persistence and the way it carries memories forward into the future of this world.

Escape Pod is a production of Escape Artists Inc, and is brought to you with a creative commons attribution noncommercial no derivatives license. Don’t change it. Don’t sell it. Please do share it.

If you’d like to support Escape Pod, please rate or review us on Spotify, Apple Podcasts, or your favorite app. We are 100% audience supported, and we count on your donations to keep the lights on and the servers humming. You can now donate via four different platforms. On Patreon and Ko-Fi, search for Escape Artists. On Twitch, we’re at EAPodcasts. You can also use Paypal through our website, escapepod.org. Patreon subscribers have access to exclusive merchandise and can be automatically added to our Discord, where they can chat with other fans as well as our staff members.

Our opening and closing music is by daikaiju at daikaiju.org.

And our closing quotation this week is from Emily O’Neill’s poem “where St. Francis tamed the wolves,” in which she said, “look how many teeth / you have—the better to swallow the sky.”

Thanks for joining us, and may your escape pod be fully stocked with stories. 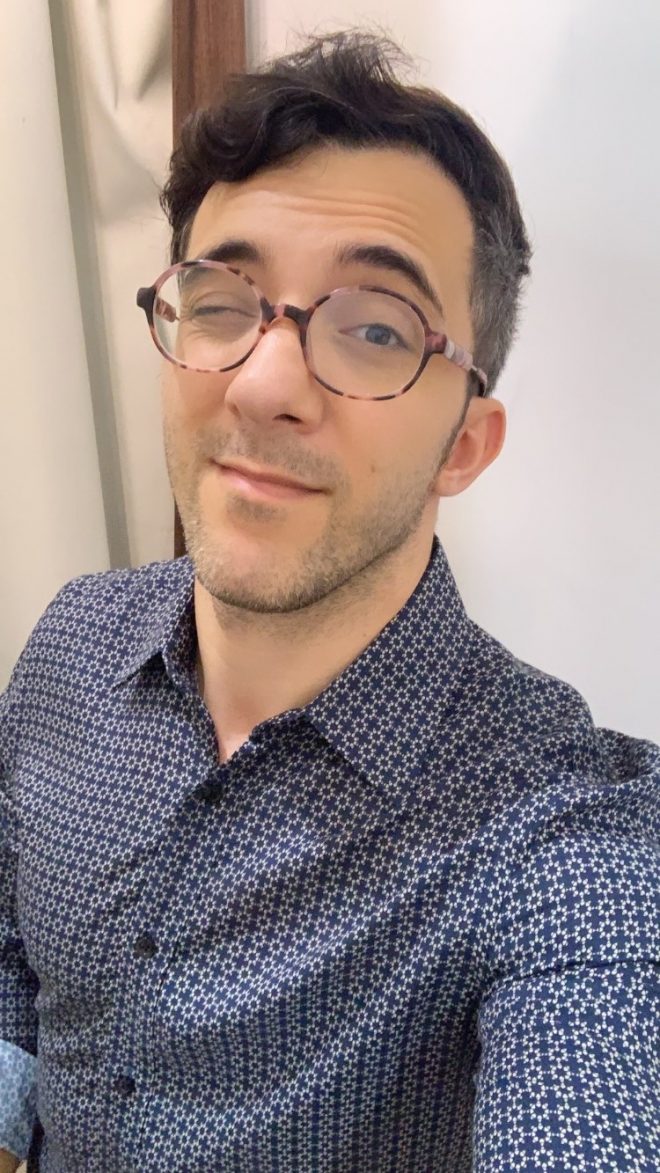 Phoenix Alexander is a queer, Greek-Cypriot writer and scholar of science fiction, fantasy and horror, with work published in The Magazine of Fantasy and Science Fiction, The Dark, Beneath Ceaseless Skies, and Black Static, among others.

More information and links to all of my work can be found on my website: phoenixalexanderauthor.com 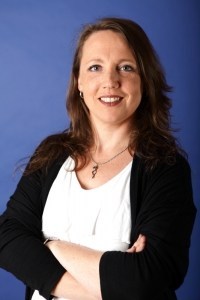 Nicola Seaton-Clark has worked professionally as an actress for over fifteen years in TV, film and radio. She started her career as a jazz singer and later a singer in a rock band. Her voice-over experience includes TV and radio advertising, singing jingles, film dubbing and synchronization, training videos, corporate films, animation, and Interactive Voice Response for telephone menus. She is also a qualified TEFL teacher and has extensive experience as a vocal coach specializing in South African, Australian and New Zealand accents.