This Wine-Dark Feeling That Isn’t The Blues

The Odyssey contains over three hundred mentions of color. Black. White. Red. Not a single blue though. Even the ocean is not described as blue, but as “wine-dark.” Likewise with the Koran and ancient Hebrew scripture: no blues, anywhere.

This is what I focus on during Savannah’s funeral. Otherwise, if I don’t keep my mind busy, I will think instead about how she didn’t keep her promise to me. And how I’m free of my promise to her.

If you can’t trust promises made by two girls in a psych ward, what can you trust?
I read somewhere that Elon Musk thinks we’re living in a simulation. Neil deGrasse Tyson too. It would explain impossible shit like Donald Trump getting elected president—just a bug in the code somewhere.

One time in The Sims I had a horse get stuck halfway beneath one of my houses. It just walked into the foundation like it wasn’t there. A horse gets stuck underground; a pussy-grabbing reality TV star that nobody likes becomes president. Same same.

I don’t believe in God, because if God exists then he’s an asshole. A simulation, on the other hand–not a creator who is omnibenevolent and omniscient, but just another nerd, as flawed as me but more powerful–I can believe that.

I trace the scars on my wrist as they lower Savannah into the ground. My life could use a patch.

I spent two weeks at Cerulean Lake Behavioral Center after I sliced myself open. For the first four days I spoke to nobody. Then Savannah sat beside me at art therapy and peered right at me.

My skin tingled. She’d fascinated me since I was admitted. Short-cropped black hair, too-white skin, and a little half sneer that said none of this bullshit fooled her. Everything she did, every word she said, seemed to be a dare. I couldn’t keep from watching her, but I averted my gaze each time she looked my way. I thought she hadn’t noticed. Guess I was wrong.

I swallowed and picked up a pastel stick, as though the blank construction paper in front of me had suddenly become the most interesting thing in the world.

I focused on my paper and drew a random curve.

Beneath the table, Savannah placed a hand on my leg. The pastel in my hand snapped in half.

Slowly she ran her hand up my thigh. I stopped breathing.

She stared at the side of my face, daring me to object.

I should probably say something, I thought. I should move away or call the therapist.
Except I didn’t want to.

How do you get the attention of the Undivine Nerd?

Clearly not by speculating on whether our reality is a simulation, because plenty of people are already doing that.

You need to understand why they’re running it. It could be for the same reason I play The Sims–well except that mostly I just like to wall people up in rooms and see how they react to not having a way–

We also run simulations for scientific purposes. To run experiments with less overhead than it would take to carry them out in the real world. Well, in our world.

I don’t know if this is the reason for our simulation, but since I don’t have any other ideas, I concentrate on it. Maybe I can get the Undivine Nerd’s attention by endangering the results.

An objection to the Simulated Reality Hypothesis is that it would require an infinite amount of computing power. The simulation would need to account for everything we can interact with. The position of every atom, every person, every planet, every galaxy. People who make this objection have never played an MMORPG. In-game objects are often not loaded until they are actually being interacted with. An object does not exist until somebody’s looking at it.

This is my tool, then. I post on the SR forums, on skeptic sites, on Reddit, proposing Project Overhead. Observe everything, I beg. Point telescopes at the sky, record what you see. More: increase your own overhead, because whatever processing occurs on our own systems is actually occurring on the system we run on. Load Folding@Home on all your computers. Leave your radio on. Multitask.

Other people chime in with their own ideas. Even a scientist at JPL starts filling lab downtime with experiments and simulations.

I leave my Sims on full-time, with free will cranked up and lifetimes maxed out. It’s simulations all the way down. A cosmic DDOS attack.

I kissed Savannah on the lips. I was leaving, so I didn’t care who saw. Savannah, of course, never gave a shit.

Before this week I’d never kissed a girl.

I bit down on the words “I love you” before they could tumble from my lips. Could you fall in love in a week and a half? Was love even real? I didn’t want to say the words only to have Savannah laugh or roll her eyes.

“I wish I’d met you sooner,” I said instead.

“Me too.” A tight grin seemed to force itself onto her face, like she was embarrassed by her own sentimentality. “Take care of yourself, Abbie.”

I took her hand. She didn’t yank it away, but she eyed me suspiciously.

“Promise you’ll stay alive,” I said. “I want to see you again. On the outside.”

She shook her head. “I can’t promise that.”

“Then promise you won’t off yourself without talking to me first. I won’t stop you. I just want to know.”

She pulled out of my grip and cupped my face. “I promise, if you do.”

Doctor Jackson leans forward. “How have you been coping with Savannah’s suicide? Have your own ideations become more frequent?”

My phone is out, and I’m swiping absently through StumbleUpon pages.

The room quivers, like watching TV through a brownout. Through the office window, a bird appears to slow down mid-flight.

My chest tingles. Shit–I was right.

Somehow in my mental play-throughs I never much thought about the point after I got the Undivine Nerd’s attention.

I swallow. I didn’t go through all this to stammer my way through this moment. “I want Savannah back.”

Outside, the bird has come to a complete stop, suspended in a cloudless blue sky. The game is paused. The response to my statement is so long in coming I start to wonder if I’ve been frozen too.

“You’re in no position to make demands. You’re a malfunctioning subroutine–the easiest solution would be to replace you.”

I meet not-Doctor-Jackson’s eyes. They remind me of those fancy Vodka bottles where the illustration is etched on the inside and you see them by looking through the bottle. “Are you really trying to threaten the suicidal girl?”

They incline their head, conceding the point. “Regardless, you don’t have anything to negotiate with.”

“I’m not negotiating,” I say. “I’m begging. Please. Don’t you have feelings in your world? Don’t you hurt? What I feel isn’t simulated. That part’s real.”

“Savannah wanted to be dead. Are you proposing to change her into somebody who wants to remain alive? Or to force her to live against her will?”

I cross my arms.

Not-Doctor-Jackson raises an eyebrow. “Would you tell her she’s in a simulation, or would you hide knowledge from her? Wouldn’t she be even more determined to end it if she knew?”

I lean toward him. “I want our lives to intersect before the point where she wanted to die.” That’s what I do when one of my Sims dies and I don’t want it to. “I want to return to a Restore Point.”

“What makes you think that would fix anything? How do you know the two of you wouldn’t simply descend into self-destruction together?”

“I don’t,” I say, my voice quivering. I don’t know my restored Sims won’t just die again, either. “What I do know is that at least we’d have a shot,” I add. “That’s more than we have right now.

Savannah lies on a blanket by the lake.

They’ve left my memories. What does that mean? I suppose it means my knowledge is not inconsistent with their aims. Maybe our awareness is the point. Maybe the issue being studied is how people figure out the nature of reality.

I think about how the Undivine Nerd spoke to me, but not, as far as I know, to anybody else participating in Project Overhead. Not to anybody else poking at the edges of this simulation. Does that make Savannah and me special? Or does it just mean we caught their attention at that one moment, an attention that may have since wandered on, like mine does when I get tired of a game and stop playing it.

I plop down on the sand next to her and she takes my hand.

“It’s a beautiful sunset,” she says.

I turn toward the wine-dark water, watching the sky turn red. My neck tingles as Savannah runs her fingers along my smooth wrist, but I wouldn’t stop her for anything in the world.

Will this last? Is what we have even real?

Who can say. But if this isn’t love, it’s a damn fine simulation. 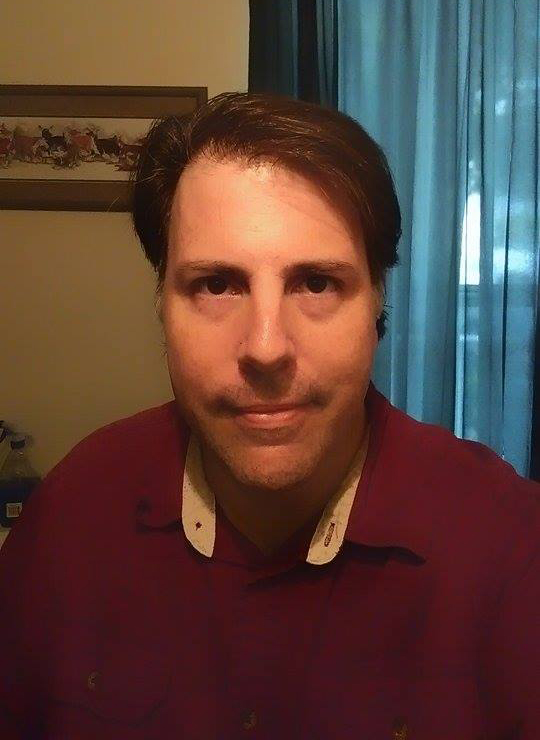 José Pablo Iriarte is a Cuban-American writer and high school math teacher. José’s fiction can be found in in magazines such as Lightspeed, Strange Horizons, Fireside Fiction, and others. 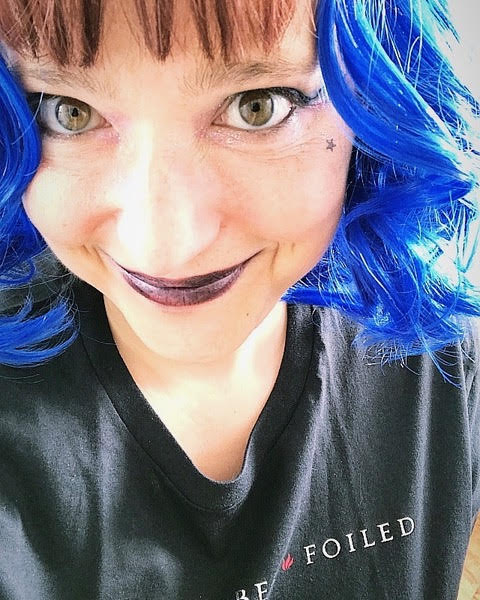 New York Times bestselling author Alethea Kontis is a princess, storm chaser, and Saturday Songwriter. Author of over 20 books and 40 short stories, Alethea is the recipient of the Jane Yolen Mid-List Author Grant, the Scribe Award, the Garden State Teen Book Award, and two-time winner of the Gelett Burgess Children’s Book Award. She has been twice nominated for both the Andre Norton Nebula and the Dragon Award. She was an active contributor to The Fireside Sessions, a benefit EP created by Snow Patrol and her fellow Saturday Songwriters during lockdown 2020. Alethea also narrates stories for multiple award-winning online magazines and contributes regular YA book reviews to NPR. Born in Vermont, she currently resides on the Space Coast of Florida with her teddy bear, Charlie. Find out more about Princess Alethea and her wonderful world at aletheakontis.com.