As a child I already knew that there were different kinds of infinity.

From this I knew implicitly that two infinities did not have to be the same size.

As a child I knew this although I had no words for it. It was what drove me to ask the question. I knew also that I was waiting for her not to pause.

She always did. Every time.

Secure in his answer, my brother never asked the question. I was the lesser infinity; that of whole numbers perhaps, while his was of real and irrational numbers, which could be complex, and transcendental.

My brother won awards and prizes, was tall and athletic while I could not use my legs, but this is not why his infinity was infinitely bigger and infinitely better than mine. I’m sure people wondered how anyone could fail to love my brother when he was so brave and shining–but I think they have the causality backwards. Everybody loved him and he took all of that love inside himself until he could not help but glow like a nebula pinpricked with stars.

My lover indicates the space between our two bodies. She moves so that the space is gone, my skin flush against hers, no gaps. “Is this not enough for you?”

I let her words fall away into silence, receding from us, shifting into red.

She knows, as I know, that it is not.

We studied together, my brother and I. He was younger but he caught up and then left me in the frothy white water of his wake. It wasn’t that he was smarter than I was; our brains did things differently. He was lightning-quick at making connections, jumping from one idea to the next, solving the problem and moving on. My mind was slower, but I went deeper, turning a thing over and inside out until I could rest it like a shell in the palm of my hand; until it was mine.

In my first year I studied an old logic-based computer language. The ancient ancestor to some of the modern LOG-languages that the ships had at their core. Despite my love of logic I’d found it frustrating at first, twisting my head around the many recursions, the program calling itself again and again, referring to itself as it looped and looped.

“You can’t follow it like that,” my brother said to me. “You’ll go crazy going down so far.” His hair fell down over his eyes, which were earnest. I hadn’t really wanted to listen to him, but as always it was hard not to. “You set it up the right way, then . . . you have to just let it go. Trust that it will do its thing. Let the magic happen.” He smiled at me. “Then be there to catch it and gather it all up in the end.”

Let it go. It was never something I’d been good at.

If I had a mirror here I know what I would see. The drugs make my eyes dilated to their limits, and very dark. My face is white although it is not fear; it is something else though I do not know what to call it. The lights at my terminal flicker and jump and I think they might be dancing.

I go to see my mother only a day before I leave. She has lost most of herself and it pains me to see it. Time has not been kind to her, and in her turn sometimes she is unkind too.

“No, not you. I don’t want you,” she says crossly, fussily pushing against me with withered hands that have unexpected strength. “Where’s Jamie? I want Jamie.”

I cannot tell her where he is; I do not know. I think if he were here she would be better.

Her mind has curved back in on itself, like space around a black hole. Her future has already happened, now she is moving back in time, collapsing inwards.

I think maybe she has other words for me–kinder words–but they can’t escape, they will never get out.

“How can you just lose a spaceship? That doesn’t make sense,” she mutters later as I brush her hair, tugging gently through the wispy tangles.

“I don’t know,” I tell her, and start to hum under my breath to try and soothe her. But I do know how you can lose a spaceship. It’s easy.

My brother was the first U-space Navigator. He was always first at everything, so it made a certain kind of sense. It was risky and dangerous beyond measure, but my brother was nothing if not brave.

When we were kids we had both wanted to grow up to be U-space Navigators. An Underspace Navigator was the newest most splendid thing to be, ever since all of the new theories had U-space intimately, dimensionally, indivisibly entangled with mind. If people were not onboard to observe, the ship would not enter U-space, could not travel through it.

A slug has a mind, a monkey can observe; but the more advanced, intricate, developed the consciousness the denser the probability graph of success. So.

I’d had the idea first, held tightly deep and secret inside of me, scared it might diminish if people looked at it, scared they might know me, scared they might laugh. A year or so later, my brother declared he wanted to be a U-space Navigator, laying easy claim to my dream with his bright exuberant words.

He was not the first to try but he was the first to take his ship into Underspace. It vanished from normal space, disappearing from all sensors leaving a faint heat-trace afterimage.

Then as the planet united to wait for the information to make the slow trek back though normal space, my brother did the one thing I hadn’t ever expected of him.

My hands touch my terminal lightly. There are so many stars.

The pilot gives me a tight grin. I do not know her very well, but I admire the steadiness of her hands and the evenness of her voice.

I remember the Euclidean geometry I did when I was a kid. The shortest distance between two points is a straight line. A straight line in curved space doesn’t look like a straight line, but it is in the ways that matter.

It is possible my brother’s ship re-entered normal space too close to a planet, or in the middle of a star. It could be that they emerged over seven light years away, and the signals haven’t reached us yet. They could be out there somewhere, out of air, out of fuel, out of time. They may still be in U-space, ceasing to exist in all ways I understand.

In my dreams my brother’s ship exited far off-course, and got caught just inside the event horizon of a black hole. Time would be so dilated for him by all that gravity that to my brother it would only be weeks since he had gone, and not seven years. I could send a message hurtling in towards him–he would see it bright against the sky although he could never acknowledge it and I would never know he got it. There would still be time.

The drugs make me present. More present than I can remember ever being. I am vibrating and thrilling to some keen high note that I can’t even hear.

I have seen my brain on a scan when they were testing me. It was beautiful, darting with tiny lightning. It was the first time I thought of the word beautiful as something belonging to me.

I am here to observe. I know where we are going but I don’t know how we will get there. I let it go.

I hurt my mother when I was born. My birth left me with useless legs, but her injury ran deeper. She wasn’t meant to have any more children but three years later they lifted my brother from her and he was perfect. Free of the echo of trauma that clung like a shadow to her non-toddling three year old daughter.

I think I have always known this, but I only heard it in words a year ago, when my mother’s mind was slipping, slipping, caught by its own gravity, and my brother was already lost. She flung the words at me like a caged monkey might throw its faeces.

In the midst of all her forgetting she had forgotten that she is not cruel.

I catch it. Everywhere is stars. I blink and look down, but even before I read the data from my terminal I know where we are.

The pilot grabs me in a sudden hard hug, her chin jutting into my collarbone. I hear the cheers of the crew as if from a distance and I wonder why I am crying.

I am sixty three light-minutes from earth. In just over an hour the information will reach home and I will be a hero.

I know I have won.

In the very same instant I also know that there is no such thing as winning.

I think of my brother and how long I have been competing with him, resenting him, wanting to be him. Everything seems tinged with red and I scrub at my eyes.

In twenty one hours we will attempt the jump back. It feels like too long to wait; time (horrible–coarse–obvious–time) is grating against me. My skin feels itchy.

I can’t remember Underspace but I ache for it–in the same way that in the past beauty has given me an ache that is almost painful–because I couldn’t hold it, couldn’t contain it within myself, and because nothing ever comes close enough to share.

I can’t remember Underspace but I think it is the infinity I want.

In this infinity you don’t need straight lines, or any kind of lines; there is no shortest distance to find because there is no distance between two points.

In this infinity there are no pauses.

Maybe I will find my brother there. 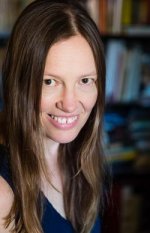 Samantha Murray is a writer, actor, mathematician and mother. Not particularly in that order. She lives in Western Australia in a household of unruly boys. 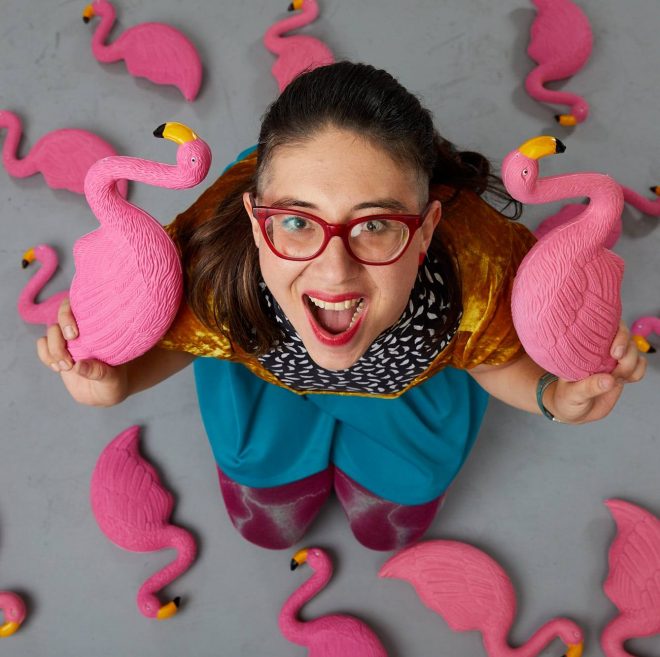 Ibba Armancas is an Inland Empire PBS writer/director and TV host whose COVID-themed educational kids show “Pandemic Playhouse” airs Friday starting January 2021. You can find out more about her, it, and her puppet pals at https://www.pandemicplayhouse.tv.