If you haven’t heard the hubbub surrounding Batman v Superman: Dawn of Justice, then you must be living under a rock. The commercials aired for months; the press junkets were full of moments like Sad Ben Affleck and Henry Cavill saying stupid things. And then the film came out on March 25, and the public neatly divided into three groups:

Yes, I’m exaggerating a little… but not much. 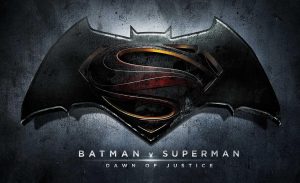 The prevailing opinion online is that BvS was not a good movie — it’s too dark (both in color and tone), it’s too full of plots and scenes that don’t make sense, it doesn’t conform to the reviewer’s ideal of Superman, there wasn’t enough Wonder Woman. I’ve read countless articles so far decrying various parts of the film, and the comment threads are truly amusing as people try to write alternate-universe fanfics of how it would have only been better if x, y, or z had occurred. And although the fans may disagree on their various AUs, there’s more or less a consensus that the movie wasn’t that great.

I saw the movie last weekend. It… wasn’t that great. But it also wasn’t that bad, either. Ben Affleck was a good Batman, his opening scene (trying to save people in Metropolis, not the endless rehashing of his origin story) was well-done, the ending fight was pretty good (except for Henry Cavill’s angry Superman face), and Wonder Woman was pretty awesome once she actually put on the outfit. It was a little under two-and-a-half hours, and I didn’t feel ripped off for having spent $20 on a ticket and some snacks.

But that’s where the unwashed masses of geek culture unfortunately tend to end up. Because, just like any other group of humans, a group of geeks is only as smart as its dumbest member, and just like any other group of humans, when its dumbest member says or does something dumb, the rest of the group flocks to them like iron shavings to a magnet to either support or tear down the thing that was said or done. It’s how we ended up with Donald Trump as the Republican frontrunner, and it’s how we end up in most discussions about geeky topics these days.

I have a coworker who is a huge DC comics fan. He’s totally on board with the Snyderverse (also called the Murderverse because of how many people were killed in Superman v Zod: Dawn of DCCU), he really liked Man of Steel, and he thought BvS was awesome enough to see twice. That said, he did point out a few things that didn’t work for him in the film. After I saw the movie, I admitted that I saw some of the same issues, but ultimately I did enjoy the movie.

Now let’s contrast that with The Force Awakens. I was pretty excited about the film, and I saw it on opening weekend. I liked it quite a lot, but I also saw its flaws: the slavish devotion to the basic plot of A New Hope, the fact that Rey rolled natural 20s on pretty much everything on her character sheet, the stupid JJ Abrams “you can see a planet explode from a different star system only moments after it happens” conceit that he used in Star Trek 11, the complete inexplicability of R2D2’s awakening, and the way it was never really explained how, in only 40 years, everyone forgot how the Force worked and, in only 20 years, everyone forgot how oppressive the Empire was and decided to throw in with the First Order. And Supreme Leader Snoke. I caught all of those things, and I still managed to have intelligent discussions with other geeks about the movie.

It is entirely possible to both like and dislike something at the same time. It’s human nature to classify everything into as few groups as possible — good or bad, like or dislike, peanut butter or chocolate, fries dipped in ketchup or fries dipped in a Frosty, trash or treasure, great movie or terrible movie. There’s no middle ground anymore because we’ve let the middle ground be taken away in favor of hyperbolic shouting of our basic opinions from every digital rooftop in an attempt to get noticed — and by “noticed” I mean “social media interactions”.

Bring back the middle ground. Go see BvS and form your own opinion. I bet you’ll like some of it and dislike some of it. Hell, you might even be middle-of-the-road on the whole thing. But the beauty of geek culture is that we love to debate about our opinions, usually while standing in line at a convention or hanging around in the break room at work. Just remember: even if the media says you have to love or hate something, you’re your own person. Make your own decision. Turn that or into an and, and don’t let your opinion become synonymous with a soundbite.

I hope you both like and dislike the idea of that, because if you do, then I did my job right.

About the Author: Josh Roseman (not the trombonist; the other one) lives in Georgia and makes internets for a living. He has been published in — among others — Asimov’s and Escape Pod, and is forthcoming (or has been released) in 2016 from Evil Girlfriend Media, Stupefying Stories, and The Overcast. In 2015, he released his first collection, The Clockwork Russian and Other Stories. When not writing, he mostly complains that he’s not writing. Find him online at roseplusman.com, or on Twitter @listener42.