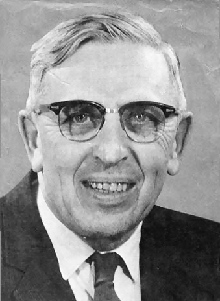 Clifford Donald Simak (August 3, 1904 – April 25, 1988) was an American science fiction writer. He won three Hugo Awards and one Nebula Award. The Science Fiction Writers of America made him its third SFWA Grand Master, and the Horror Writers Association made him one of three inaugural winners of the Bram Stoker Award for Lifetime Achievement.

Norm Sherman is the multi-talented master of all things weird and wonderful. In addition to founding, hosting, and producing the Drabblecast, being the former editor and host of Escape Pod, and creating his own original music, he also runs a non-profit organization.