The girl was perfect. Her framing, the engine at her core, the intricate web of connections holding her objects together, built-in redundancies… Meroe had never seen such efficiency. The girl’s structure was simple because she didn’t need any of the shortcuts and workarounds that most of their kind required to function. There was no bloat to her, no junk code slowing her down, no patchy sores that left her vulnerable to infection.

“She’s a thing of beauty, isn’t she?” Faster said.

Meroe returned to interface view. He glanced at Zo and saw the same suspicion lurking in her beatific expression.

“I’ve never seen anything like this,” Meroe said, watching Zo, speaking to Faster. “We don’t grow that way.”

“I know!” Faster was pacing, gesticulating, caught up in his own excitement. He didn’t notice Meroe’s look. “She must have evolved from something professionally-coded. Maybe even Government Standard. I didn’t think we could be born from that!”

They couldn’t. Meroe stared at the girl, not liking what he was seeing. The avatar was just too well-designed, too detailed. Her features and coloring matched that of some variety of Latina; probably Central or South American given the noticeable indigenous traits. Most of their kind created Caucasian avatars to start — a human minority who for some reason comprised the majority of images available for sampling in the Amorph. And most first avatars had bland, nondescript faces. This girl had clear features, right down to her distinctively-formed lips and chin — and hands. It had taken five versionings for Meroe to get his own hands right.

“Did you check out her feature-objects?” Faster asked, oblivious to Meroe’s unease.

Zo answered. “Two of them are standard add-ons — an aggressive defender and a diagnostic tool. The other two we can’t identify. Something new.” Her lips curved in a smile; she knew how he would react.

(Note: We secured only audio rights to this story, so there will be no website version.) 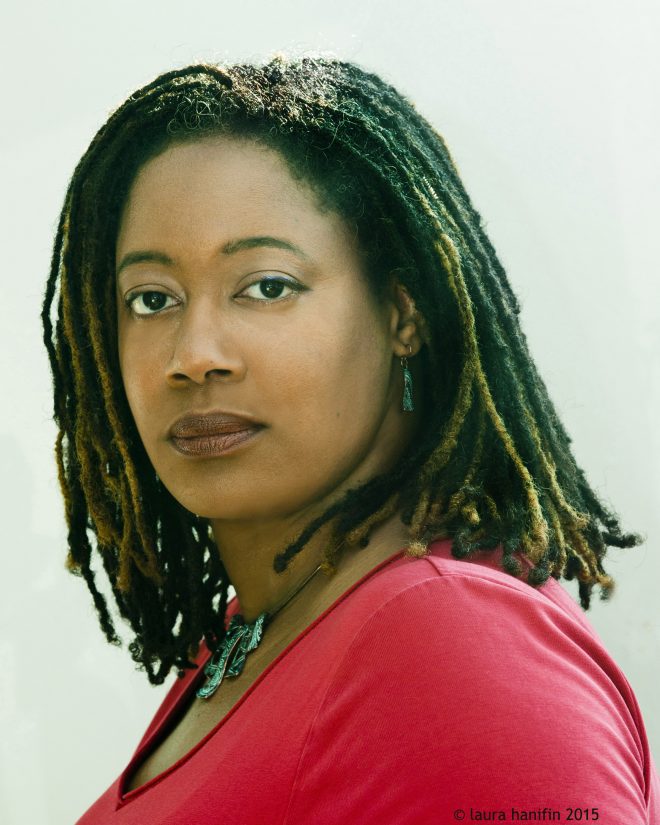 N.K. Jemisin is an author of speculative fiction short stories and novels who lives and writes in Brooklyn, NY. In 2018, she became the first author to win three Hugos in a row for her Broken Earth novels. She has also won a Nebula Award, two Locus Awards, and a number of other honors.

Her short fiction has been published in pro markets such as Clarkesworld, Tor.com, WIRED, and Popular Science; semipro markets such as Ideomancer and Abyss & Apex; and podcast markets and print anthologies. Her first eight novels, a novella, and a short story collection are out now from Orbit Books. (Samples available in the Books section; see top navigation buttons.) Her novels are represented by Lucienne Diver of the Knight Agency.

She is a member of the Altered Fluid writing group. In addition to writing, she has been a counseling psychologist and educator (specializing in career counseling and student development), a hiker and biker, and a political/feminist/anti-racist blogger. Although she no longer pens the New York Times Book Review science fiction column called “Otherworldly” (which she covered for 3 years), she still writes occasional long-form reviews for the NYT.