“Nereus Shuttle Four to Gateway Station, you have control.”

Robinachec nodded confirmation as though the pilot could see him.  “Roger that.  Bringing you in.” Palming the flat-topped lever, I watched as he moved it gently back towards him, pulling the bullet-shaped transport into the shed, an external framework of metal beams just large enough to hold two minisubs, or one shuttle.

Robinechec has nightmares sometimes about something going wrong here.  Forget the fact that it’s the safest maneuver in the entire procedure; he still talks about waking up in a cold sweat because he screwed up.

You’d never know it to watch him.

When you’re six hundred feet down – well below the twilight zone, in the bathypelagic or ‘deep water’ zone– your perception shifts.  Nothing as arcane as the chemical balance in your brain changing, although there’s some of that, too.  No, it’s more the realization, slow sinking into your brain, that there’s not damn-all between you and dying but a duraplas shield and some canned oxy-blend.

You realize that, really process the concept, and you’re okay.  If you can’t, you get the screamin’ meemies and they cart you Topside where you spend the rest of your life on solid dirt, carefully looking anywhere but ocean-ward.

Not everyone’s cut out to be an aquanaut. No shame to it.  Even now, only about a third of the applicants make it into training, and more than half of them dry out before graduation. 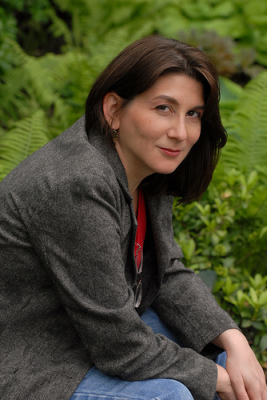 Laura Anne Gilman is the author of more than twenty novels, including the Nebula award-nominated The Vineart War trilogy and the award-winning Devil’s West series from Saga Press/ Simon & Schuster.  Her forthcoming projects include a Gilded Age historical fantasy and the start of a new contemporary fantasy series.

She has also dipped her pen into the mystery field as well, writing as L.A. Kornetsky (Collared, Fixed, Doghouse, and Clawed).

A member of the writers’ digital co-op Book View Cafe, she continues to write and sell short fiction in a variety of genres, including her new story collection, DARKLY HUMAN.