Space. The future will grant us access to what is beyond that big blue sky we see surrounding that bright thing that hounds us out of bed every morning. Space and science fiction have become so intertwined that even the mention of it will sometimes push a fantasy novel into the science fiction genre. Science fiction even has sub-genres specifically devoted to space based stories: Space Opera and Space Westerns.

We, as a race, are still taking our first steps into space; sending people out into space and peering out into the sky. We know there is a universe out there full of stars, planets, nebulae, and maybe even something called dark mater or dark energy but really, those are all just names. Our actual knowledge about those celestial objects is still very small and the only way we’re going to really find out is to send something out there to get a really good look at it.

The bad news is, it may be getting harder to go out there to see them. The common theory, up until two years ago, was that the universe was expanding but that the expansion was slowing. That there was a big bang and everything was moving away from that bang but, eventually, the universe would slow, stop, and then begin to collapse in on itself, perhaps leading to another big bang. That has all been thrown into confusion thanks to two independent teams of researchers who measured the distances of nearby galaxies using the light from Cepheids and supernoevae. They determined that the universe is currently expanding at about the rate of the width of the United States of America per minute, which compared to our last accurate calculation is actually faster. The expansion of the universe isn’t slowing, it is speeding up.

That means if we, as a species, are going to go out there, we’re going to need to hit some pretty fast-moving targets but before we do that, we need to figure out where those targets are. That’s where the Kepler Spacecraft comes into play. The Kepler Spacecraft, named after the famous 17th Century astrologer Johannes Kepler, was shot into space two years ago with a simple mission, start surveying worlds and figure out how many possible habitable planets might be out there. Kepler has been sending back data and, based upon the first four months of Kepler’s searching, there appears to be about 2 billion “Earth Analog” planets out there. Earth Analogs are planted that are roughly similar to earth in size and position within their own part of the universe, giving them some of the best chances of holding life similar to our own. Sadly this is considerably less than what researchers were predicting but those same researchers are still hopeful because Kepler hasn’t completed its survey yet, which means more data to devour! 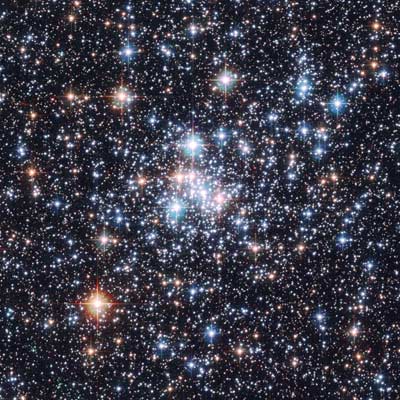 And there is plenty of data out there to find. A professor at University of Washington has proposed using ground and space based telescopes to search near white dwarf stars for habitable planets. White dwarf stars are small, dense, cool stars, in the final stage of their life and these aspects might make it easier to spot planets near them. Their relatively low brightness might allow ground telescopes to identify a planet moving between the dwarf star and our telescopes with more ease when compared to brighter stars like our Sol. Another theory put forth is that these cool stars will provide exactly the right heat to a close orbiting planet to allow the planet to have liquid water, which scientists feel provide a huge indication of the possibility of extraterrestrial life. There are about 20,000 “nearby” white dwarf stars that could be observed from ground telescopes quickly and efficiently. So plenty out there for us to look at.

Our first steps into space are slow and shaky but with each day, each probe, and each theory, we are learning more and more about the universe waiting for us. It may not be full of Klingons, Vorlons, or Sith, but with 2 billion possibly habitable planets  out there, stories about what new and interesting beings we will find among the stars will never be in short supply.