There is an old writing adage worth paying attention to: don’t write for the market. What’s hot now may not be hot next year, and considering a book may take two to three years to come out after being picked up by a publisher – and that’s not counting the time it takes to actually write and sell the thing – deciding to jump on the current trend is not a good idea. This probably applies more to specific concepts rather than genres as a whole. For example, while zombies, vampires and werewolves are currently ruling the roost, horror as a general genre is also experiencing something of a resurgence. So although writing a paranormal vampire romance is not the best idea (unless you have something unique and/or amazing), writing something in the horror field might be a good bet, as a genre trend might have a longer cycle of popularity and decline.

Predicting trends is also pretty much impossible. Although you can spot signs here and there, a scene will have pretty much established itself already before anyone notices, and it’s only in retrospect that you can more clearly identify the key titles and writers responsible. Many publishers will try to pick a trend anyway, and some will even rush-release titles to cash in. You can usually tell which books these are, and I really have no idea if it works as a method of generating a quick buck. Bully for them if it does.

So far, so good. Two facts: don’t write for a trend, and trends are impossible to predict anyway. Got it? Got it. So whatever you do, don’t ask me what the Next Big Thing in genre fiction will be, because I don’t know, and if I did know I probably wouldn’t tell you.

But prose is different. Everything takes place in the reader’s head, and what they see will undoubtedly be completely different to how the writer pictured it, even if he or she goes crazy with description. That’s how prose works and what makes it so brilliant. But this may explain why superhero fiction, while enjoying a modest level of popularity over the years, has never really caught on. In fact, I’ve met a lot of people who raise an eyebrow when I mention that I’ve written superhero prose fiction, so ingrained is the notion that superheroes are for comics and comics are a visual medium.

The most notable recent example of superhero fiction that had a slightly higher profile among the public was Soon I Will Be Invincible by Austin Grossman. When this novel was released in 2007, public telephone boxes in the UK were transformed with wraparound advertising, playing on the traditional cliché of Superman. The book isn’t bad either, although it’s probably more important as an example of how superhero fiction can work outside of a visual medium. 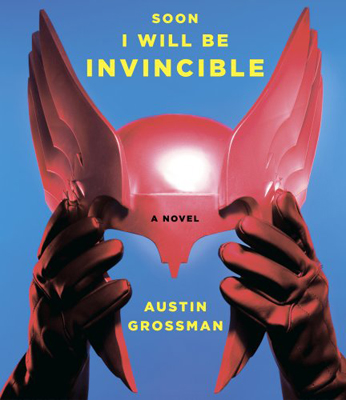 Unfortunately, the momentum of Soon I Will Be Invincible was quickly lost – just last month the author updated his blog to say that he has some more books scheduled for 2011, but that’s a gap of nearly four years since Invincible came out, and in the interim trends in science fiction, fantasy, and everything genre have changed. Another notable entry is From The Notebooks of Dr. Brain, by Minister Faust, also from 2007, but while this comedy novel gained something of a cult following, like Invincible it perhaps arrived too early.

Why then am I breaking one of the golden rules and predicting an upswing in superhero fiction? Well, my friends, there are signs.

Superheroes have always been popular material for film adaptation, more so now than ever. I think this is because of all media, film (especially big budget film) is the one that can match the visual spectacle of comics. And just look at the line-up of comicbook adaptations coming in 2011 and beyond: Green Lantern, Thor, Captain America, The Avengers, The Dark Knight Rises, Iron Man 3… the list goes on.

But all of these are adaptations of existing properties. This is logical, of course – with the gargantuan amounts of money spent on Hollywood productions it makes sense to stick to the tried and true, and it’s also a good way for publishers like DC and Marvel to get their characters and stories to a wider audience. Off the top of my head I don’t recall an original superhero concept on the big screen, except for Pixar’s The Incredibles, and Megamind from Dreamworks, both of which are CG animation. Hancock, starring Will Smith, might be the only live-action original superhero film of recent times, but its not exactly a shining example of the genre.

More interesting than film – and possibly more indicative of a growing trend – is the explosion of superhero television shows, specifically original superhero shows. Heroes was the first, but after a spectacular first season it floundered terribly and was ultimately canned. Currently we have No Ordinary Family, a drama series about a family of four who gain superpowers after surviving a plane crash in South America, and the forthcoming The Cape, about an ex-cop framed for murder who joins a circus and, erm, gains superpowers and stars Summer Glau as a…*cough* investigative blogger. Actually, it looks better than it sounds. The SyFy network is also developing Three Inches, a series about superheroes with rather pathetic powers (cover your ears, Mur!), and Alphas, a series about… actually, nobody seems to know. Of note, The Cape appears to be the only example so far of series about costumed superheroes, and even in this case they have a rationale for it (the cape in question being a circus costume). Surely I wasn’t the only one wishing that the characters that populated Heroes would just cut to the chase and form a spandex-clad crime-fighting league?

The most interesting superhero television series comes not from the US but from the UK. Misfits is about five delinquent youths sentenced to community service for a variety of small crimes. Caught in a bizarre electrical storm, they are each gifted a power, and over two series (the second of which has almost finished screening here in the UK) become embroiled in an increasingly bizarre sequence of events which include murder and lot of sex (although not always at the same time). It is easily the best written British television series at the moment and is a dynamite subversion of the superhero genre and concepts. 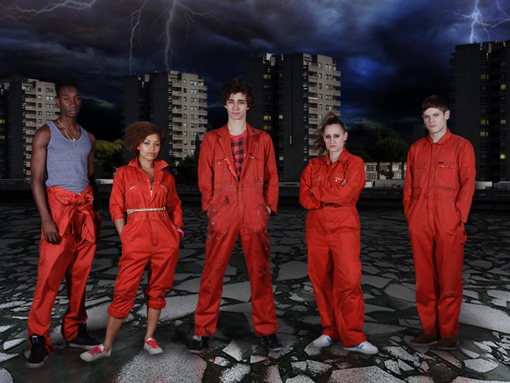 Really, it’s genius. If you can see it, see it.

So what of books then? What signs are there that superheroes are about to become something big? Firstly, there’s the Masked anthology, edited by Lou Anders, which features short fiction from a number of comic writers and well-known novelists. Angry Robot Books is set to release The Damned Busters by Mathew Hughes later in 2011, in which an office worker summons a demon who grants him his greatest wish, to be a superhero. 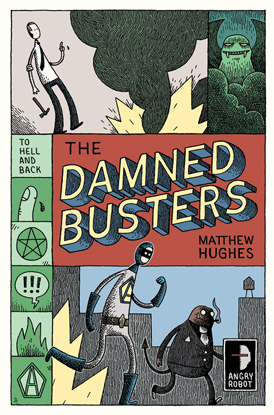 Numerous online magazines and fiction sites have also sprung up, extolling the virtues of superhero fiction – Superhero Novels, A Thousand Faces and Beta City, to name but three.

Perhaps an even bigger sign that Something Is Coming is the fact that comic writer Bill Willingham is the guest of honour at WorldCon 2011, being held in Reno, Nevada, a convention traditionally tied very strongly to science fiction and fantasy literature (ie, prose fiction).

Am I right? What are your picks for superhero fiction, and what other signs have I missed? Or is this all for nothing, and you really can’t predict forthcoming trends? I’d love to hear your comments!