Next week… Sibling rivalry never goes out of style.

Captain Harash was its last occupant, the last living man from Earth, and both he and Duxa knew he was dying.

She checked the output from his lifechair. While it was still replicating most of his bodily functions for him he did not seem appreciably worse than when she’d last monitored him, less than half a second before.

“We’re not at our destination yet, Captain.”

“You’ll make it there without me, Duxa.”

And the processors that she must have built but could never quite find — she was enormously bulky, and by now some of her was a mystery even unto herself — created an awkward sensation. Duxa told him: “I will be lonely without you.”

“You wish me pain?” Duxa asked him.

“No. I wish for you to feel. I wish,” and he paused here, his lips making the smacking noises she knew indicated a loss of reflexive controls as the plague made its way through his cranial nerves, “I wish that there were more things that you could feel, Duxa.”

Harash laughed, a coughing sound. “All teenagers do. Remember that, should you actually feel someday, that the white hot intensity fades, but to keep the embers stoking.” 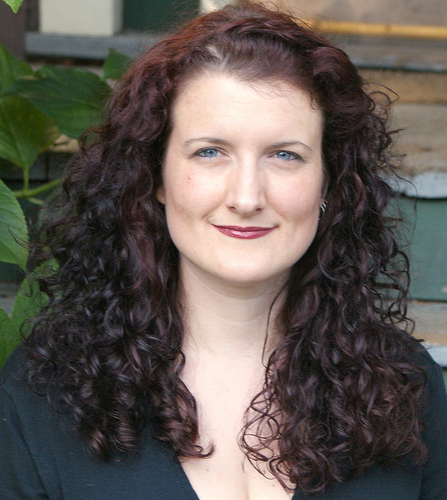 Erin Cashier is fond of the unreliable narrator.

I’m dying to leave things at that, but —

I grew up in Texas but I live/work/play in Northern California, like all writers my cat loves me particularly much, and my husband is a fantastic man. I work as a registered nurse at a Burn Ward, which is amazing and challenging in equal measure. Things you should know about me: I made a special side trip to that Snake Farm between San Antonio and Austin on a recent trip to Texas, I have quite a lot of tattoos — the peacock feather images featured on this website are all actually from my backpiece — and I can eat my weight in sushi. I am a member of SFWA.

Since her first sale in 1987, Kij Johnson has sold dozens of short stories to markets including Amazing Stories, Analog, Asimov’s, Duelist Magazine, Fantasy & Science Fiction, and Realms of Fantasy. She won the Theodore Sturgeon Memorial Award for the best short story of 1994 for her novelette in Asimov’s, “Fox Magic.” In 2001, she won the International Association for the Fantastic in the Art’s Crawford Award for best new fantasy novelist of the year. Her short story “The Evolution of Trickster Stories Among the Dogs of North Park After the Change” was on the final ballot for the 2007 Nebula Award and the World Fantasy Award, and it was a nominee for the Sturgeon and Hugo awards. In 2009, she won the World Fantasy for “26 Monkeys, Also The Abyss,” which was also a finalist for the Hugo and Nebula. She won the 2010 Nebula for “Spar,” the 2011 Nebula for “Ponies” (also a finalist for the Hugo and World Fantasy). In 2012, she won both the Nebula and Hugo for “The Man Who Bridged The Mist.”