The Mermaids Singing Each to Each

“Laura,” a speaker said, as though I hadn’t been gone for six years, as though she’d seen me every day in between. “Laura, where is your uncle?”

I used to imagine her disintegrated, torn apart into silent atoms.

“I don’t understand,” she said.

“You’ve got a Net connection,” I said. “Search around on “gender neutral” and “biomod operation.”

I wasn’t sure if the pause that came after that was for dramatic effect or whether she really was having trouble understanding the search parameters. Then she said, “Ah, I see. When did you do that?”

“Where is your uncle?”

“Dead,” I said flatly. I hoped that machine intelligences could hurt and so I twisted the knife as far as I could. “Stabbed in a bar fight.” 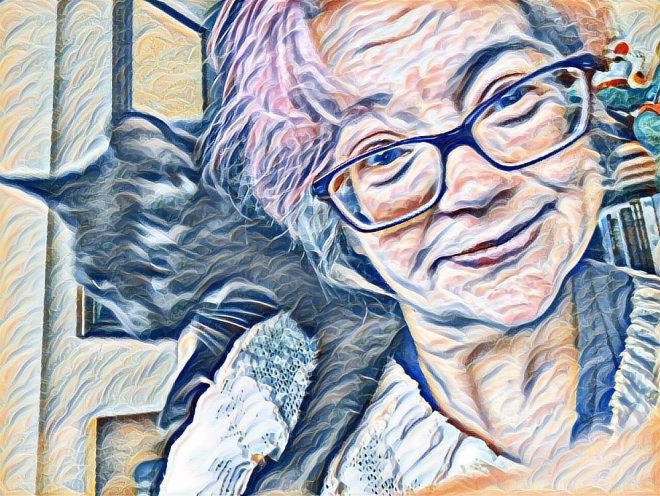 Christiana Ellis is an award-winning writer and podcaster, currently living in Cambridge, Massachusetts. Her podcast novel, Nina Kimberly the Merciless was both an inaugural nominee for the 2006 Parsec Award for Best Speculative Fiction: Long Form, as well as a finalist for a 2006 Podcast Peer Award. Nina Kimberly the Merciless is available in print from Dragon Moon Press. Christiana is also the writer, producer and star of Space Casey, a 10-part audiodrama miniseries which won the Gold Mark Time Award for Best Science Fiction Audio Production by the American Society for Science Fiction Audio and the 2008 Parsec Award for Best Science Fiction Audio Drama. In between major projects, Christiana is also the creator and talent of many other podcast productions including Talking About Survivor, Hey, Want to Watch a Movie? and Christiana’s Shallow Thoughts.