Next week… Rescue in deep space. And guitar ballads.

But the plane just stopped, and hung there, nose tipped at a slight angle, mere feet from the building.

And that’s when the figure — the one people call the Ambassador, or the Doctor, or the Outsider, or the Professor, or a hundred other names — appeared. Just a middle-aged man in a white lab coat, with steel-rimmed glasses and graying hair. His image filled the air above the jetliner, like the dome of the sky had been transformed into an IMAX movie screen.

He said, “People of Earth, I have a message for you.”

Tim Pratt is the author of over 20 novels, most recently Philip K. Dick Award finalist The Wrong Stars. As T.A. Pratt he wrote ten novels in the Marla Mason urban fantasy series. His stories have appeared in The Best American Short Stories, The Year’s Best Fantasy, and other nice places. He’s a Hugo Award winner for short fiction, and has been a finalist for World Fantasy, Sturgeon, Stoker, Mythopoeic, and Nebula Awards, among others. He’s a senior editor at Locus magazine, and lives in Berkeley CA with his family. Every month he writes a new story for his Patreon supporters at www.patreon.com/timpratt. 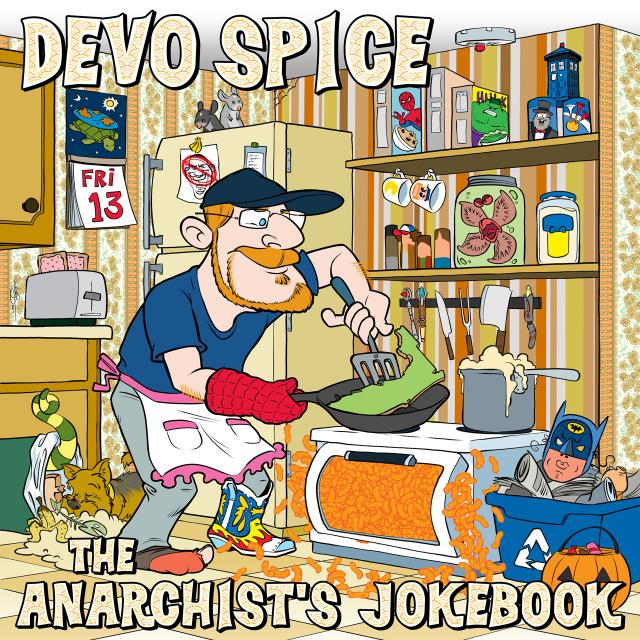 Tom Rockwell, AKA Devo Spice, is a comedy-rapper from New Jersey who has become one of the most popular artists on the Dr. Demento Show. He was the founding member of Sudden Death, the comedy rap group that had the #1, #2, and #4 most requested songs of 2007 on the Dr. Demento Show. (“Cellular Degeneration”, “Getting Old Sucks” and “Pillagers”, respectively.)

Devo Spice performs regularly across the country at music clubs, comedy clubs, and science fiction conventions. He has shared the stage with Dr. Demento, MC Lars, MC Frontalot, Jonathan Coulton, Paul and Storm, and many others. The live show features videos and animations synchronized with the music resulting in a hilarious show that goes over very well with a variety of audiences.