One of the first generation of Krenn had lived long enough to reach the site, though none had expected to. The very first Krenn had conceived of this journey in the distant past, dedicating his life and his posterity to the pilgrimage with an ever recycling population of clones. Like their clone-father, each was an optimized collection of smart matter no bigger than a speck. Hundreds of generations of Krenn had lived and died during the voyage, their remains enshrined into niches in the very walls of the vessel that now lay shattered at its destination.

The survivors flooded out upon the steppes of the heel, rejoicing despite the crushing weight that gravity forced upon them. They settled in, constructing mansions of haze and shadow, and waited for enlightenment to come. The mission and purpose of the first Krenn remained with each of them. This place had been the site of the greatest triumph of the greatest archaeocaster in all of history. Before the beginning of the quest, Krenn—the original Krenn—had felt drawn to it. He had cultivated the tales, sifted myth from coincidence, mastered the lost language of the interview-eschewing, spatial curmudgeons of the ancient dark times, and recreated the route through dimensional puzzles to this theoretical location. The odds of success had been so absurd not a single entelechy of Krenn’s crèche dared invest time or expense in the project. And yet, here they were, nearly three hundred unique individuals sharing the template of Krenn. 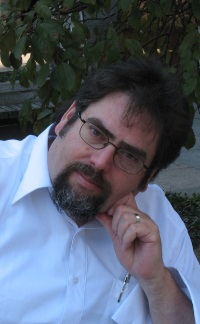 Lawrence M. Schoen holds a Ph.D. in cognitive psychology, is a past Campbell, Hugo, and Nebula, nominee, twice won the Cóyotl award for best novel, founded the Klingon Language Institute, and occasionally does work as a hypnotherapist specializing in authors’ issues.

His science fiction includes many light and humorous adventures of a space-faring stage hypnotist and his alien animal companion. Other works take a very different tone, exploring aspects of determinism and free will, generally redefining the continua between life and death. Sometimes he blurs the funny and the serious. Lawrence lives near Philadelphia, Pennsylvania with his wife and their dog. 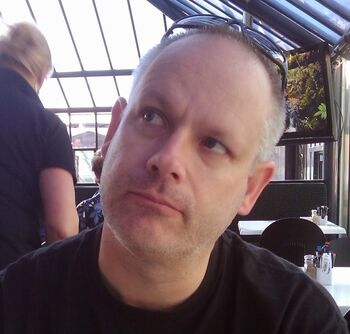 Graeme Dunlop is a Software Solution Architect. Despite his somewhat mixed accent, he was born in Australia. He loves the spoken word and believes it has the ability to lift the printed word above and beyond cold words on a page. He and Barry J. Northern founded Cast of Wonders in 2011 and can be found narrating or hosting the occasional episode, or working on projects behind the scenes. He is co-editor and co-host of PodCastle and has read stories for all of Escape Artists podcasts.