Next week… we begin our annual Hugo short stories rundown, with five weeks of award-nominated stories! I’m taking a 4-week break from hosting, but I’ll see you in July!

I knew you loved me, of course. It was written in your eyes when you looked at me, a physics problem with no clear answer. If an irresistible force meets an immovable object, what happens then?

They meet. That’s all we know. Relative to each other, they are in contact. From within the object or the force, there is no way to tell if you’re in motion. 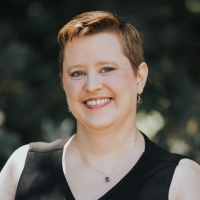