Practically the first thing she did when she took in the alien was to give him a new name. He looked at her outstretched hand long enough to annoy her, and then grasped it with his four opposable fingers and hung on limply until she wrenched her hand out of his moist and over-jointed grip.

She said, “I’m Sarah,” and he said his name, or what she assumed was his name, in return, rolling the syllables around in his mouth like so many rough pebbles. His name was too long, something like Shperidth with extra grunting noises in the middle, like a car backfiring very far away. She tried to repeat it and couldn’t, while he stood on her doorstep sweating and folding his fingers around each other. She frowned at him. 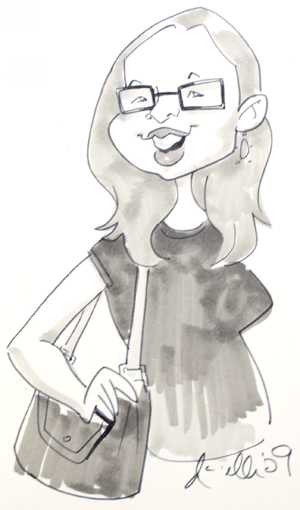 Joanne Merriam is the owner and editor of Upper Rubber Boot Books, and former editor of Seven by Twenty. Joanne Merriam’s poetry and fiction has appeared in dozens of magazines and journals, including The Antigonish Review, Asimov’s Science Fiction, The Fiddlehead, The Furnace Review, Grain, The Magazine of Speculative Poetry, The Mainichi Daily News, Per Contra, Riddle Fence, Room of One’s Own, Strange Horizons and Vallum Contemporary Poetry, as well as in the anthologies Ice: new writing on hockey, To Find Us: Words and Images of Halifax and The Allotment: New Lyric Poets.

Rachel Swirsky was a founding editor of PodCastle, along with Ann Leckie.

Rachel’s short stories have appeared in Tor, Subterranean Magazine, and Clarkesworld, and been reprinted in year’s best anthologies edited by Strahan, Horton, Dozois, and the VanderMeers. She holds an MFA in fiction from the Iowa Writers Workshop, and graduated from Clarion West in 2005.

Her short  fiction has been nominated for the Hugo Award, the Locus Award, the World Fantasy Award, and the Sturgeon Award. She’s twice won the Nebula Award, in 2010 for her novella, The Lady Who Plucked Red Flowers Beneath the Queen’s Window and in 2014 for her short story, If You Were a Dinosaur, My Love.