When I met Skinhorse, my first thought was old. Which was weird. Nobody gets old these days. We all die young, some of us after living a long time, if we’re lucky.

He was in Piet’s Number Seven, a bar-cum-caravanserai in an illegal orbit trailing far enough behind Vesta to be ignorable. Piet’s had been instantiated in an old volatiles bladder that had done the Jovian run a few too many times before falling into the surplus circuit. You could store entire cities in Piet’s cubage, which made for a somewhat attenuated bar experience. Plus the place had one of those gravity cans — yes, those gravity cans — which meant your drink stayed stuck down long as you were near a Higgs carpet.

So there I was annoying myself with three perfectly disrespectable rock jocks, each of us out to fleece the others, when this cadaver starts to stand over me. We’re all forever young or forever dead, but this armstrong looked like he’d shaved about half a cent too deep across his whole body, then restored his dermis with spray-on thermal insulation.

Joseph Edward “Jay” Lake, Jr. (June 6, 1964 – June 1, 2014) was an American science fiction and fantasy writer. In 2003 he was a quarterly first-place winner in the Writers of the Future contest. In 2004 he won the John W. Campbell Award for Best New Writer in Science Fiction. He lived in Portland, Oregon, and worked as a product manager for a voice services company.

Lake’s writings have appeared in numerous publications, including Postscripts, Realms of Fantasy, Interzone, Strange Horizons, Asimov’s Science Fiction, Nemonymous, and the Mammoth Book of Best New Horror. He was an editor for the “Polyphony” anthology series from Wheatland Press and was also a contributor to The Internet Review of Science Fiction. 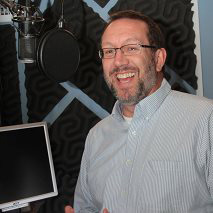 Mike Boris is a voice actor and former public radio personality. He lives in Indianpolis.