Requiem in D-minor (for prions, whale and burning bush)

Kevin switched the audio over to the projector. The lecture hall was filled with outdoor noises. Wind hummed softly over the microphone, cattle lowed nearby, a truck accelerated in the distance.

A roan steer staggered around a concreted yard, its mute distress accompanied by clattering hooves and the fleshy slap of its thigh striking the ground when it fell. A new sound was introduced – incongruous, but familiar to Kevin’s audience.

Gradually, the cow’s shaking stilled, until it could stand securely. Its muscles continued to tremble, but not enough to upset its equilibrium while it listened. 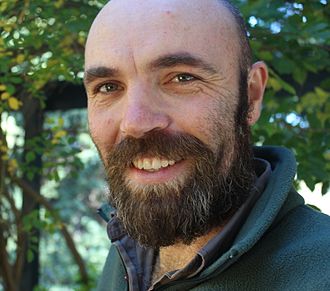 Ian McHugh’s first success as a fiction writer was winning the short story contest at a science-fiction convention. Since then he has sold stories to magazines, webzines and anthologies in Australia and internationally. His stories have won grand prize in the Writers of the Future contest, been shortlisted six times at Australia’s Aurealis Awards (winning Best Fantasy Short Story in 2010), been reprinted in national and international year’s best anthologies and appeared in the Locus and Tangent Online annual Recommended Reading Lists. He graduated from the Clarion West writers’ workshop in 2006. His collection of short stories, Angel Dust, was shortlisted for an Aurealis Award in 2015.