Rated PG. Contains violence on a grand scale and illness on a human scale.

Special closing music: “Showdown in Shinjuku” and “Incognito” by Daikaiju.

Love and Death in the Time of Monsters

They try everything. Cellular toxins. DNA replication inhibitors. Anti-sense nucleic acids. Artillery. Great bolts of lightning. Nothing stops him, it only makes the monster angrier. They try mutagens, teratogens, carcinogens, neurotoxins, hemotoxins, genotoxins — they think that toxins in the environment created the monster, and maybe toxins can kill it. Maybe two wrongs can make a right.

They don’t, apparently. I worry about the residues left in the ground after the monster’s moved on. He’s going up and down the eastern seaboard. Janie talks about flying out there to help, but she doesn’t want to get stomped on. Who would? A team of guys from work drive across the country to do whatever they can. They figure that patent annuities can still get paid in their absence. I want to go, but I have to stay to help my mom. That’s my fight. 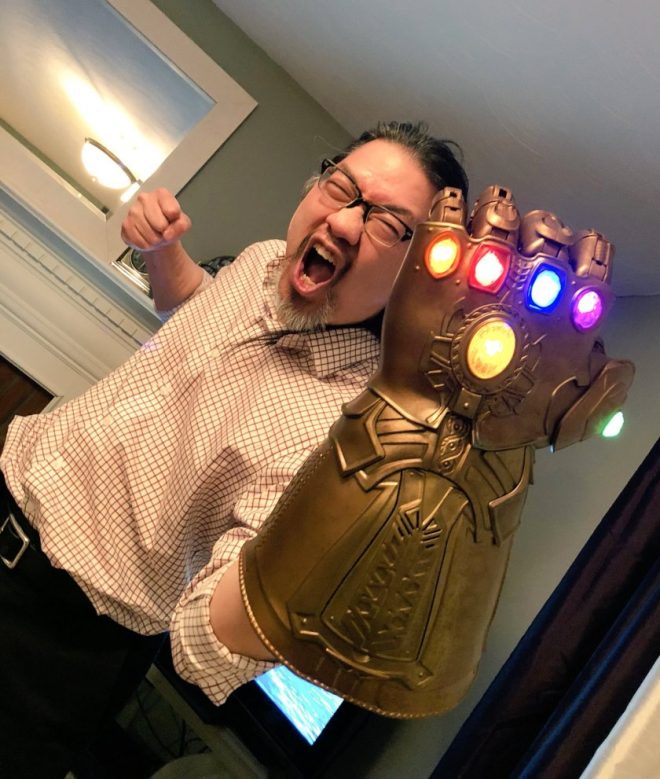 Frank Wu is a transdimensional interspace being, living physically near Boston with his wife Brianna the Magnificent, but regularly projecting his mind across time and space to commune with dinosaurs, octopuses, and numinous energy beings. Visualizations and written accounts of these journeys can be found in Analog, Amazing Stories, Realms of Fantasy, frankwu.com, and the radiation-hardened memory bunkers of planet Gorsplax.