Survivors isn’t exactly the word. What they found were sixteen bodies without arms, legs, and most organs. What remained were essentially heads hooked up to life support and fueled by oxygenated glucose pumps. There were a couple hundred strands of glass fibre running from the ship’s walls into each skull, into each brain, into each soul. Four of the sixteen were still functioning–alive is not a word to describe their condition.

There was no hesitation on the part of Command. They ordered everyone, except combat types like us, from the most likely targets. Humanity couldn’t allow any more people to become components for the Shardie offense.

But civilians never listen. Farmers were the worse, hanging onto their little plots and crops until somebody dragged them away, kicking and screaming at the injustice of it all. That’s why we were here. Forty settlers had stupidly refused to be evacuated from New Mars. Forty we didn’t know about until we got that one brief burst. 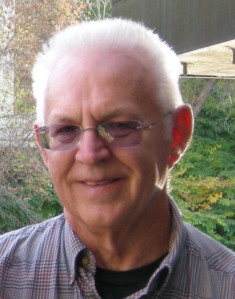 Bud Sparhawk is a hard science fiction short story writer who started writing in 1975 with three sales to ANALOG. Since returning to writing his works have appeared in ANALOG, Asimovs, several anthologies as well as in other print media and on-line magazines both in the United States and Europe. He has two short story collections and one novel. He has been a three-time Nebula finalist. He lives in Annapolis, Maryland and is a frequent sailor on the Chesapeake Bay. A complete biography, lists of stories, copies of articles, and other material can be found at his web site. 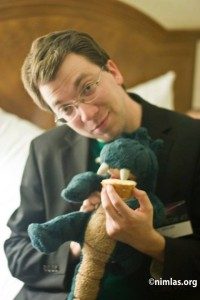 A fan of Science Fiction from an early age P.C. Haring has always been one of those who looked up at the night sky and wondered “what if…”

P.C. Haring made his debut as a writer and podcast novelist on 01/01/10 with Cybrosis. This production met with a strongly favorable response that propelled it to number four on the Podiobooks.com Top Ten list when it was re-launched there that October. His audio fiction can also be heard in Scott Sigler’s The Crypt: Book 1 — The Crew and in Philippa Ballantine’s Chronicles of the Order anthology. His contribution for Tales from the Archives, co-produced by Philippa Ballantine and Tee Morris, won him the 2012 Parsec Award for Best Short Story. This momentum propelled P.C. Haring into publishing Cybrosis as well as his latest project, Slipspace: Harbinger independently.

When he isn’t developing new projects for podcast and publication, P.C. Haring works as a corporate accountant in the Chicagoland area and as a husband to his beautiful wife.