The Shoulders of Giants

The Pioneer Spirit was a colonization ship; it wasn’t intended as a diplomatic vessel. When it had left Earth, it had seemed important to get at least some humans off the mother world. Two small-scale nuclear wars–Nuke I and Nuke II, as the media had dubbed them–had already been fought, one in southern Asia, the other in South America. It appeared to be only a matter of time before Nuke III, and that one might be the big one.

SETI had detected nothing from Tau Ceti, at least not by 2051. But Earth itself had only been broadcasting for a century and a half at that point; Tau Ceti might have had a thriving civilization then that hadn’t yet started using radio. But now it was twelve hundred years later. Who knew how advanced the Tau Cetians might be? 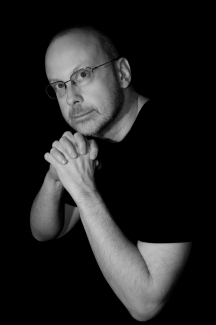 Robert J. Sawyer — called “the dean of Canadian science fiction” by The Ottawa Citizen and “just about the best science-fiction writer out there these days” by The Denver Rocky Mountain News — is one of only eight writers in history (and the only Canadian) to win all three of the science-fiction field’s top honors for best novel of the year:

According to the US trade journal Locus, Rob is the #1 all-time worldwide leader in number of award wins as a science fiction or fantasy novelist. Recent honors include the first-ever Humanism in the Arts Award from Humanist Canada, the Queen Elizabeth II Diamond Jubilee Medal from the Governor General of Canada, the Hal Clement Award for Best Young Adult Novel of the Year (for Watch), and a Lifetime Achievement Aurora Award from the Canadian Science Fiction and Fantasy Association — the first such award given to an author in thirty years, and only the fourth such ever bestowed.