My Friend is a Lesbian Zombie

I don’t know how it happened. I’m the last person I’d go to if I were a zombie; I’m not into the occult thing at all. But I was the only friend Mandy had in this city, so she came to me with her sob story. Lucky me. So there she was, kicked back in my bed, having herself a good, long cry and I was stuck with her, wondering how long until she began stinking. That was really unfair of me, I know, but there was a goddamn walking, talking corpse snuggled up in my good sheets and I was a little concerned about it. 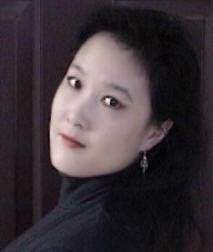 The Word Whore runs Air Out My Shorts with Preston Buttons. Both have narrated stories for Escape Artists.

This is an intermittent humor podcast which includes a not insignificant amount of booze and fiction of dubious quality. They are the patron saints of the Submissions Staff, the holiest of the slush pile. It is rumored that candles with religious imagery have been purchased at a gas stations and renegade modifications with AOMS fan art have been used to modify them. They are burned by submissions staff while conducting reviews.

Find more by The Word Whore