Craphound beat me out the door, as usual. His exoskeleton is programmable, so he can record little scripts for it like: move left arm to door handle, pop it, swing legs out to running-board, jump to ground, close door, move forward. Meanwhile, I’m still making sure I’ve switched off the headlights and that I’ve got my wallet. 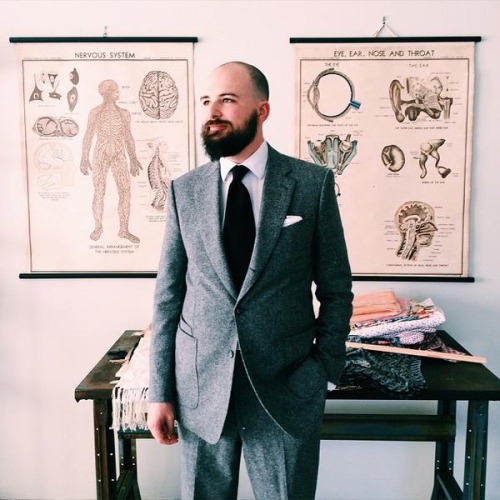 Bullseye began in 2000, as The Sound of Young America in 2000, while Thorn was still a student at the University of California at Santa Cruz. In 2007, the show began to be distributed by Public Radio International, making Jesse the youngest national host in public radio history. The show became Bullseye in 2012, and in 2013 it began being distributed by NPR. The show currently airs on NPR stations around the country.

As owner of MaximumFun.org, Jesse oversees a network of more than two dozen podcasts, along with video and other content production. The company helped set the template for the modern podcast network, and continues to be a leader in independent, audience-supported media production. Fast Company magazine called Thorn “the most important person in entertainment you’ve never heard of.”

In addition to his work at MaximumFun.org, Thorn hosts and helps produce Put This On, one of the country’s most popular web series and blogs about men’s style. He also hosted The Grid, a culture recommendation program on IFC, The Sound of Young America on Current TV and has appeared on IFC’s Comedy Bang Bang among other television outlets.